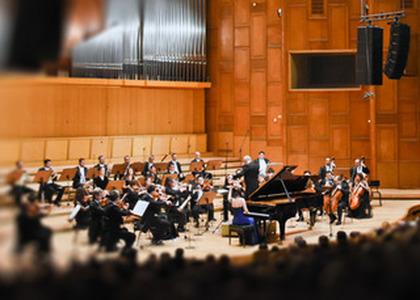 A serenades evening at Radio Hall

On Wednesday, 11th of March (7pm), LADISLAU HORVATH- who has built a beautiful international career as concertmaster of the prestigious Italian orchestra Maggio Musicale Fiorentino (Florence), a position he occupied until 2019 - will conduct the Radio Chamber Orchestra in a serenade concert. At Radio Hall you will be able to listen to works signed by Mozart (including the famous A Little Serenade), Edward Elgar, Camille Saint-Saëns, Max Bruch.

Coming from the Italian word sereno (calm, serene), during the medieval times the serenades were originally lyrical, slow works, usually performed at night, as a sign of love or homage, under the beloved person's balcony. During classicism and romanticism in music, the serenades became great and complex orchestral works.