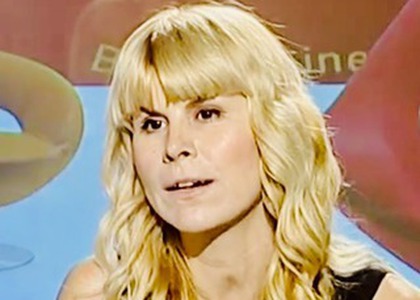 Two new books appeared in the
Poveștidin pădurea muzicală (Tales from the Musical Woods) series: Beethoven și furtuna de sunete (Beethoven and the Tempest of sounds), and Mozart ș icurcubeul muzical (Mozart and the Musical Rainbow). Given that the first books from this series had appeared in 2011, I'd like you to tell us how they were received by the public all along these years?

I'm more a man of letters, rather than of numbers. That's why I shall start quickly with some of the numbers just to get rid of them. These books, Povești din Pădurea Muzicală (Tales from the Musical Woods), were initially sold in 120.000 copies, in Adevărul Collection. Since then, they were reprinted in an art album format with more tales, with more illustrations at Nemira Publishing House. Until now, we reached the number of 160.000 copies sold. Today, we're indeed talking about Beethoven and Mozart, books just out of print.

I'm delighted that it's Beethoven's year because we're celebrating him. We're celebrating his 250thanniversary. Of course, my book Beethoven și furtuna de sunete (Beethoven and the Tempest of Sounds) addresses children. But I'm always writing, bearing in mind two layers of meaning - one for the children, ideally, for children over six, and one for their parents. For example, in the book about Beethoven, I'm showing that his music is architectural, that it's solidly built, just like a fortification. You know, I've thought that a child won't meet the composer any more, and that's why it's less important for him to know his biography. But it'd be essential for the child to understand his music instead. In the book about Beethoven, children will also learn some technical details. They will learn about the musical tempo, about color, about the instruments in an orchestra. The structure I proposed them to understand his music more easily is Moonlight Sonata, Symphony No. 5, Symphony No. 3, Appassionata, and Bagatelle No. 25, also known as Für Elise. For me, this would be a kind of a hard core of his music.

In the book Mozart și curcubeul muzical (Mozart and the Musical Rainbow), harmony is the cipher, the keystone of all the tales. In the end, that's what I wrote about in the children's book, in some optimistic and beautiful stories - about smiling, serenity, and seeking harmony. The structure I'd proposed them this time were Turkish March, A Little Serenade, and the Clarinet Concerto. These are all compositions in the major key, whether you noticed it. In this book, I put aside the compositions in the minor key because I'd concentrated upon what I considered to be the hard core of Mozart's music.

I want to finish by saying that it's entertaining to be cultured! Making you cultured through fun - this is the promise coming out of our collection. It's not difficult! The classical music neither is boring, as some of the adults would think, nor is weighty or complicated. It's so simple if we approach classical music naturally and fearlessly. In the end, we're approaching an essential part of the world's beauty.