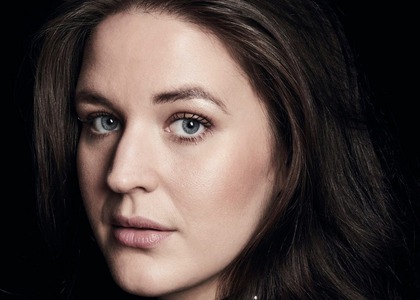 On the week of November 18th-22nd2019, wewill discover the extraordinary voice of soprano Lise Davidsen. On May 31st, she released her debut solo album, at a major record label - Decca. During five sections of Opera and its stars, we will listen to her new compact disc in full, recorded with the Philharmonia Orchestra and conductor Esa-Pekka Salonen. The record contains arias and lieds by Richard Strauss and arias from Tannhäuser by Richard Wagner.

Decca has not signed an exclusive contract with a Scandinavian soprano since Birgit Nilsson, whose centenary was celebrated in 2018. Therefore, this new collaboration issignificant, as is the contribution of the Philharmonia Orchestra in this context; the London based ensemble sang in first audition Strauss's Four Last Songs, together with Kirsten Flagstad, at the Royal Albert Hall, in May 1950. Back then, the conductor was Wilhelm Furtwängler.

Lise Davidsen said about her solo album: "I hope this recording will please listeners just as much as it has pleased us, the musicians, when recording it. I would like to thank Esa-Pekka, to the musicians of the Philharmonia Orchestra and to everyone from Decca for their great partnership and for having supported me at all times. I hope this will be the beginning of a wonderful and long-lasting collaboration with them."

In spring of 2019, Davidsen debuted in the role of Elisabeth in a new production of the Wagnerian opera Tannhäuser, staged at Zurich Opera - a role she reprised at Bayreuth in July and August under the direction of Valeri Gergiev. Radio Romania Musical offered the live performance of the Wagner festival on July 25th. The Romanian audience has also had the opportunity to see and hear Lise Davidsen during this year's edition of the Enescu Festival, where she played the role of Ellen Orford in Britten's Peter Grimes, in a concert version performed at Sala Palatului on September 15th.

At the moment, Lise is preparing to make her debut on the scene of the Metropolitan Opera in New York, where she will appear, from November 29th to December 21st, as Lisa (sic!) in Tchaikovsky's Queen of Spades. Davidsen also performed this role in early 2019, on the Stuttgart Opera stage. Among the important collaborations of the 32-year-old Norwegian artist is the one with the London Royal Opera, where he sang for the first time in the Wagnerian cycle Ring of the Nibelung in 2018, the collaboration with the Glyndebourne Festival, where she was Ariadna in the Ariadna auf Naxosopera by Richard Strauss in June of 2017 and the recital held a year earlier at Wigmore Hall in London.

Davidsen grew up in Stokke, a rural village in S-E of Norway and began studying guitar and singing at the age of 15. In 2010, she was a graduate of the Grieg Music Academy in Bergen, and later graduated from the Royal Danish Music Academy and the Copenhagen Opera Academy. She rose to fame in the summer of 2015, when she wonQueen Sonja Competition, in her native Norway; shortly after that, Lise received three other awards:theFirst Prize, the Birgit Nilsson Prize and the Prize of the Public at Placido Domingo'sOperalia Competition.

These extraordinary achievements opened the doors to the great opera houses in the world. Lise Davidsen quickly made her debut after performingas Cherubini's Medeaduring the Wexford Festival, as Ortlinde in Wagner's Valkiria at the Bavarian State Opera, asAgathefrom Freischütz by Weber during a performance at the Zurich Opera; she was Isabella in The Ban on Love by Wagner at Teatro Colon in Buenos Aires and performed the main role of Ariadna auf Naxos by Richard Strauss on the Vienna Opera stage in 2017 and, one year later, at the Aix-en-Provence Festival.

Her debut solo album (Lise Davidsen already had records in her discography, but not a solo one, nor one recorded with a record company as important as Decca) confirms that the artist is truly a vocal forcewith musical strength. "Davidsen is a name we need to remember and a voice that once heardit can never be forgotten!" - wrote the English publication Gramophone after awarding the soprano the Young Artist of the Year award in 2018.