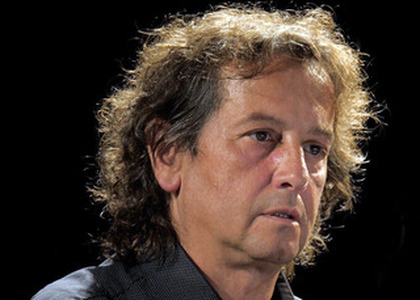 HallMusician with experience in organizing cultural projects, among which we mention the Traveling Piano or the TAMTAM Festival in Brașov, the Brașov pianist HoriaMihail was recently appointed cultural advisor of the City Hall in this city. The musician spoke to us, in the next interview, about the plans and strategies aimed at the cultural development of the city of Brașov.

You were recently appointed cultural adviser to the mayor of Brasov. In addition to the fact that you are from Brașov, we know that the events you have organized here over time, as well as your appointment as artistic director of the Philharmonic in September, are related to this city. How did you receive this proposal?

It really is a responsibility. I have recently studied how to create a sustainable strategy on culture. These are obligatory steps that both the mayor's office and the cultural operators in the city - here I mean both the institutions that are financed from the local council budget and the private, independent operators - have to do, a series of consultations. However, as I said, we are at the beginning. The important thing is that the mayor's office at this moment is extremely transparent, and it seems to me something that completes my activity. It's true, it's not the same as being a pianist, but I have many years of experience in organizing events, the last major event being the TAMTAM Festival, which took place in both 2019 and 2020, even in these global pandemic conditions.

What do you intend to achieve from the new position you are in? Have you already outlined a concrete plan?

There is a plan. I can't say it's concrete. I talked to the mayor's office about some measures that I consider should be taken urgently in the next two or three months. I am referring first of all to the activity of the institutions subordinated to the mayor's office, the Brașov Philharmonic, the SicăAlexandrescu Dramatic Theatre, the Brașov Opera and the Arlechino Puppet Theater. As I said earlier, it is extremely important that all those involved in the cultural life of the city to sit at the table and I am referring here to both the organizers and the artists and, of course, to the consumer of culture which is extremely important. If we can't do it physically, we will do it virtually, we will think together about a pathto start as soon as possible. When I say soon, I mean a period that I see somewhere in a year, because any strategy, to be strong, to be able to be pursued in the long term needs as many consultations as possible, both with specialists, as well as with those who consume the culture.

How do you see the city of Brașov after the implementation of these strategies? What is the ideal you want to reach?

A city full of life. I will propose to my cultural operatorscolleagues, people of culture, to find together an extremely daring goal that we intend to make happen, you know, in 10, 15, 20 years. The goal is really important, but much more important is the road to that goal. Many times, in the interventions we have had lately, we have insisted on the fact that we, who are now in the period of maximum momentum, can produce this energy. We have to think about the future, to imagine what the city will be like in 20 years and in no case to exclude the young, and here I mean teenagers, because practically, our actions now will be reflected in how they will live the period we live in now.