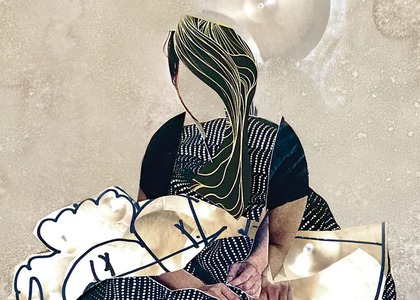 I have found Jonathan Blake's name quite often on the best quality jazz albums released in the last 10-15 years. A versatile, refined drummer, who has recorded with Tom Harrell, Chris Potter, Kenny Barron, Oliver Lake and other high-class musicians and has achieved some outstanding performances on his own albums, where he shares his roles as instrumentalist, composer and band leader. A new peak in this ascending career is recorded in 2021 through the album "Homeward Bound", a celebration of a legacy and of the life dedicated to it, a set of modern compositions, intelligently coordinated by a character who knows how to make his presence felt in any context.

Blake contributes with a strong, flexible pulsation, alternating tension and relaxation in a repertoire arranged with precision and with the confidence of a master. The formed band, called Pentad, perfectly chosen for this project - a larger one than those from the past, slips spontaneity at any moment intuited in the musical unfolding, being based on a full mutual trust. Five individualities for a common cause, achieving the most honest musical statement possible, based on Jonathan Blake's vision.


Translated by Ecaterina Bucovanu,
University of Bucharest, Faculty of Foreign Languages and Literatures, MTTLC, year I
Corrected by Silvia Petrescu
Return to Jazz