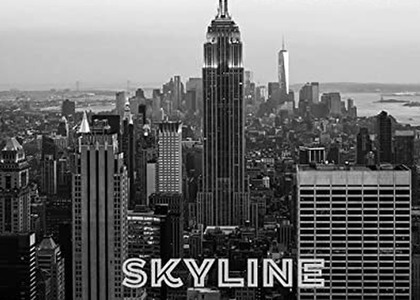 Gonzalo Rubalcaba returns in 2021 with an album recorded with two of his mentors, bassist Ron Carter and drummer Jack DeJohnette. They were among those who helped him incorporate jazz into his musical fiber and create his own style. "Skyline" means three friends who enjoy each other's company and as many lucky listeners as possible. A valuable addition to the trio collection formed around the piano, the first part of a trilogy dedicated to this formula, in which the musicians share both their improvisational spaces and their original compositions, to which are added two well-known Cuban themes.

The repertoire follows the line of conventional jazz, swinging rhythmically between swing and Afro-Cuban rhythms, relying heavily on the versatility of the musicians and the individual brand that they imprint on each piece. The best developments in three stimulate the conversation between the instrumentalists, and Rubalcaba knew well how deep the communication with this rhythmic tandem can be. We are not just listening to a collection of different songs, but an intense discussion designed according to the personality and sensibilities of the three legendary musicians, in which each voice is carefully valued. Listening, we have the feeling that the trio explores and capitalizes on every idea that unfolds.