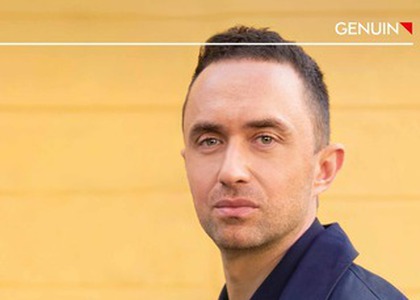 For his latest album, pianist Cătălin Şerban chose the title "Resemblances" - similarities. The 42-year-old musician, born in Bucharest and based in Berlin, includes pieces by Frederic Chopin and Aleksander Scriabin on this record, explaining: "At first I was interested in the two composers separately.But then, when we were doing recital programs, this joining seemed natural. I noticed connections between Chopin's music and Scriabin's, both in terms of piano and musical language. And now Scriabin seems to be a continuator of the music that Chopin developed. The pieces of the two composers are characterized by a special sensitivity that goes hand in hand with their special technical difficulties".

Born in 1978, the pianist Cătălin Şerban studied at the "George Enescu" Music High School in Bucharest. He has won several awards at national and international competitions, including piano competitions in Sennigallia and Bremen, which have broadened his artistic horizons. He received a scholarship that allowed him to study music at the University of the Arts in Berlin and the Paul Hindemith Society. Since his studies, he has established himself as a passionate chamber music performer and soloist, giving concerts and recitals at the Romanian Athenaeum, the Berlin Philharmonic, and prestigious festivals in Germany. Regarding his activity as a professor, in 2007, after graduating with a high school diploma from the Musikhochschule Lübeck, Cătălin Șerban obtained a position as a university lecturer the piano department of the same faculty, and since 2018 he has been teaching piano at the Hanns Eisler School of Music in Berlin. In the same year, Cătălin Şerban released his debut album entitled Clopote sonore, which we broadcast in March 2018 on Radio România Muzical, an album with songs by Enescu, Schubert, and Scriabin. Now, after four years, the pianist is releasing his second album, which once again proves his affinity for romantic music. Virtuosity, dynamism, and expressive force - are the qualities that the pianist Cătălin Şerban delights us with.