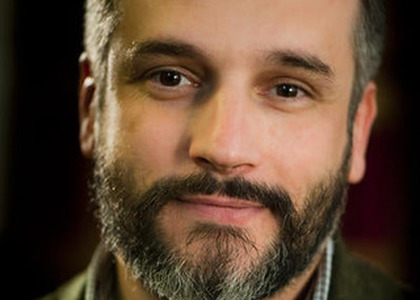 Interview with Laurențiu Constantin about his participation at REMA

Mr. Laurențiu Constantin, you represented the Bucharest Early Music Festival at the REMA General Assemblyin Krakow, which took place between April 12th and 15th. REMA is the European Early Music Network which proposed to the participants a programme with plenary discussion, in working groups, several lectures and concerts. What does REMA intend to do in the future?

REMA had started as a network of programmers and early music festivals. It had set out from France, from the entourage of the Ambronay Festival and the Centre of Baroque Music Versailles, and then spread to the Netherlands, the United Kingdom and to the rest of Europe. It is now a strong network, with 132 members spread across 23 European countries plus Canada. Last year there was a small revolution, a small-big revolution in the destiny of REMA, and namely the gates were opened for the participation of other relevant actors in the field of early music; that is, educational institutions, ensembles, research institutions.

"More Europe into REMA" is the program you applied with. What does it include and how was it addressed at the meeting in Krakow?

"More Europe into REMA" refers to the European margins. If one looks at the map of Europe where REMA members are marked, a cluster of members in the area of France and the Netherlandscan be easily observed. Our festival, the Bucharest Early Music Festival, is the eastern border of REMA. So, the concentration of the REMA activity and resources in the western part of Europe, where the market is much more consistent and where the activity in the area of early music is much more present than in other regions… Just to understand how important Western Europe is, in France, which is perhaps the largest market of cultured music in Europe, 53% of programming in terms of cultured music - programming in philharmonics, festivals, opera theatres, presence in radio and TV shows, multimedia, record publishing - is represented by early music. The remaining 47% means what we, say colloquially, call classical music - not just musical classicism, but also blues, jazz. That's about the importance of early music there. The concentration of these resources is not healthy for the development of early music in Eastern Europe. Basically, the "More Europe into REMA" program refers to allocating more resources and attention to this part of Europe. For example, south of Danube, although there are enough wonderful early music festivals there, they are not REMA members; all the way up to the Mediterranean there are no REMA members. In Romania, although we have about seven important festivals programming early music, only two of them are REMA members.

REMA is today a network of 132 members from 23 European countries which, on this occasion, have met physically after the pandemic. How did the pandemic affect the events organized by REMA?

It happened what happened everywhere in the area of cultured music, namely a switch of all events towards the online. The online area is by no means a solution, in the field of early music at least. Art, in general, moved online, gets robbed of the emotion which music has in the performance hall and of that energy which the artist produces on the stage in front of the audience, not behind a screen. For the past two years, we have all hoped for a return to normality as quick as possible, and now we are talking about something like that.

The festival is thought up somehowin the mirror. About half of the shows feature Western music, especially baroque music, but also Renaissance music and Sephardic Jewish music, which is part of the Western heritage of early music, as well as music from our part of Europe, Romanian early music, Byzantine music, Greek Byzantine music, Byzantine music performed by a group from the Middle East and Armenian early music - sacred music from the first Christian millennium, from around the year 1000. Something rarely programmed at our festivals … we will also have two lectures - one on Byzantine music and the influence that the West has had on it, and the other is a lecture on Bach, more precisely about Bach's language explained for the understanding of those who are not professional musicians.

Our festival traditionally takes place in the second half of November. The period we are considering at the momentis the one between November 16th and 28th, although it may possibly be moved a day or two up or down.