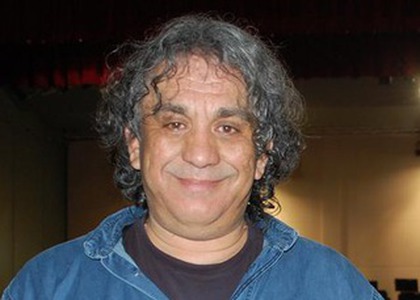 After his presence in the 2021 edition of the George Enescu International Festival, the horn player Felix Klieser returns to Romania for aconcert he will hold together with the Radio Chamber Orchestra on February 23rd. In the second part of the event, there will also be on the stagethe Academic Radio Choir, along with soloists Ramona Mardare, Graziella Frangulea, Nicolae Simonov and Cristian Coanda. You can find more details about this event from Nicolae Moldoveanu - the conductor of the evening.

You are back at Radio Hall, this time with the Radio Chamber Orchestra and the horn player Felix Klieser. You also collaborated with the musician in September 2021 , when you jointly held a concert at the Enescu Festival. What do you think are the strengths of this musician for whom the public should not bypass Radio Hall on February 23rd?

Undoubtedly, the horn player Felix Klieser is an international name not only in the appearance of the artistic standard, but also in the appearance of the man Felix Klieser. He attended the Enescu Festival in collaboration with the London Mozart Players Orchestra, as the conductor. Felix Klieser, meanwhile, became a soloist in his residence with Bournemouth Symphony Orchestra, and I was also a former collaborator of this orchestra. So there is already a welded relationship both artistic and personal.

On an earlier occasion, you were talking about the stylistic and even geographic ties that link the three composers who are part of Wednesday's concert program - Schubert, Richard Strauss and Haydn. So what is the red thread that unifies the three works?

This is where I have to make an anecdote. As I was resident in Switzerland, I fly from Zurich to Bucharest, and this air route passes right over the territories where these three composers were active. It is Strauss - Garmisch-Partenkirchen, a town situated in Bavarian Germany, after which it is Vienna, where Schubert was born and active, and it is Eisenstadt , where Haydn was active. So, by coincidence, exactly this air route fits. I thought of it as I was on a plane and I studied Haydn's Messa, thinking about what influence the ability to fly for any of these three composers. This is undoubtedly the line I have chosen, to unite the three composers.

Because I mentioned earlier the concert at the Enescu Festival - now, as then, you will finish with a misa, this time from Joseph Haydn's creation. As a matter of fact, you often end the concerts you lead with sacred music. What are the reasons behind this election?

This is not a particular reason, except that, of course, it is a first collaboration with the wonderful Radio Choir and I have tried to find out what the repertoire they would like to address would be. Given the fact that the pandemic situation and restrictions are still not resolved, I was not sure what kind of repertoire I could choose. This misa, Harmoniemesse by Haydn, is a very important piece in the coral repertoire and I chose it from the musical point of view of the word. This misa was composed in 1804, so it was a time when classicism had already been over. It was written before the Italian-style Uverture composed by Schubert for only 10-15 years And Richard Strauss fits well. The Concert no. 1 in the major mibemol, Strauss wrote it in the second half of the 19th Century. The link was very clear between these parts. I start with an Italian-style Schubert Uverture, followed by Felix with this first concert by Richard Strauss, followed by misa de Haydn. Harmoniemesse does not refer to harmony, but to the fact that all the group of wooden blowers is present.