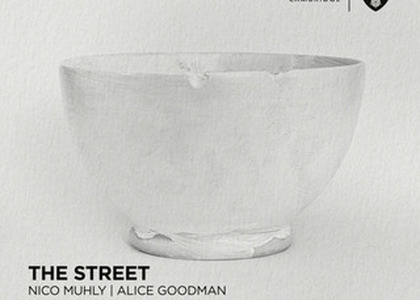 For his second album produced in collaboration with King's College in Cambridge, the harpist Parker Ramsay chose the contemporary work "The Street" by Nico Muhly, which premiered in spring 2022. It is a score that sonically portrays the sufferings of Jesus Christ, composed for harp, choir and narrator, to the libretto of the American poet Alice Goodman. There is also a solo harp version of "The Street" on this album, as well as Johann Sebastian Bach's Second Harpsichord Partita BWV 826, arranged for harp, performed by the same Nashville-based musician Parker Ramsay who studied harp with his mother before moving to the UK to study at King's College in Cambridge. He later studied at the Juilliard School in New York, where he is currently living. Parker Ramsay is passionate about contemporary musical creations, but also about lesser-known pieces from years ago. In 2020 he recorded Bach's Goldberg Variations in a harp transcription, his album being praised by Gramophone and BBC Music Magazine. Also, in 2021, he premiered the work Omolu by Marcos Balter, in Washington, only to perform the piece 'The Street' by Nico Muhly, at King's College Cambridge, just a few months later. Also inside the chapel of this college he recorded his recent album, which we offer you for the first time on Radio Romania Muzical.

The work which entitles this album is "The Street", a piece created by Nico Muhly, a 41-year-old North American musician. He collaborated with prestigious institutions in the world such as the Los Angeles and New York Philharmonics, Carnegie Hall and the Metropolitan Opera, for which he composed stage music, chamber music and sacred works. On April 16th of this year, Nico Muhly premiered the song "The Street". The score was written especially for Parker Ramsay, the first American musician to hold the position of assistant organist at Cambridge College. Subsequently, the work had its American premiere on June 7th, at the Lutheran Church of St. Matthew from Charleston, in the same deep and meditative interpretation - by the harpist Parker Ramsay. Johann Sebastian Bach - Second Partita BWV 826 for harpsichord, arranged for harp; Nico Muhly - Selections from the work "The Street", version for solo harp.