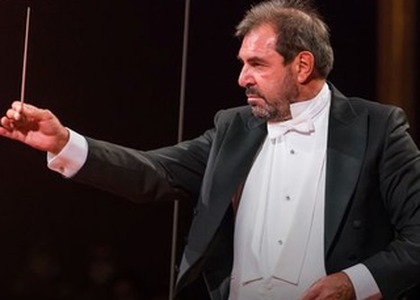 On Radio Romania Muzical you will be able to watch two premium concerts where the conductor Daniele Gatti will present four symphonies by Felix Mendelssohn, two each evening, in collaboration with the RAI National Symphony Orchestra, in Italian "Orchestra SinfonicaNazionaledella RAI". You will hear a classical music orchestra, created in 1994 out of the fusion of the four RAI orchestras in Turin, Rome, Naples and Milan.

Daniele Gatti was born in Milan in 1961, and his artistic achievements include his appointment in September 2008 as conductor of the Orchestre National de France, where he performed the complete symphonies of Gustav Mahler. A year later, he became Director of the Zürich Opera, in recognition of his qualities as an exceptional opera conductor. From 2019 to 2021, he was Music Director of the Rome Opera Theatre, he also conducted important productions at the Vienna Opera, the BayerischeStaatsoper in Munich, La Scala in Milan, Covent Garden in London and the Théâtre des Champs-Élysées in Paris.

Now at the beginning of 2023, Daniele Gatti returns to the symphonic repertoire and presents on the evenings of January 12th and 19th, Felix Mendelssohn's Symphonies No. 1,3, 4 and 5, in C minor, in A minor "Scottish", in A major "Italian" and in D minor "Reform".

Radio România Muzical will broadcast live these two concerts performed by the RAI National Symphony Orchestra in the "Arturo Toscanini" Auditorium in Turin, so you will be able to enjoy the symphonic creation of the great romantic composer on Thursday, January 12th and 19th, from 9.30 pm.