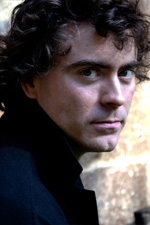 The concert taking place on Thursday, July 29, 2010 is included among the BBC Proms concerts broadcasted live by Radio Romania Music. Birmingham Symphony Orchestra, conducted by Andris Nelsons has Paul Lewis as soloist in Concerto no. 2 for piano and orchestra by Ludwig van Beethoven. Born in Liverpool in 1972, he initially studied cello - the only instrument that can be studied at the school he was attending. At the age of 14 he was accepted into a music school in Manchester, where he chose to study piano. It was the beginning of a rising career, about which Paul Lewis spoke to us in an interview.

You said that you are the first musician in your family. How did you grow fond of music and how did the debut of your career take place?

I discovered classical music alone, at a music library located near my house. It all happened gradually, I am really grateful that it did not happen ''suddenly"; sometimes you win a competition and suddenly everything has to go by itself. From this point of view I am glad that I could build my career step by step, I think it is the best way to support it throughout life.

You are attending this year's BBC Proms as a soloist in four concerts. What does this festival represent for you?

It is a very special festival, with an absolutely unique atmosphere. As you know, the Royal Albert Hall in London is a special venue, both for its aspect and for the atmosphere there. Playing at the BBC Proms is an important moment; you get the fever of the event. For me, the participation in this festival is always a special thing, but to play all the Beethoven piano concertos is even more special.

What can you tell us about working with the Birmingham Symphony Orchestra and its conductor Andris Nelsons?

I toured with this orchestra before, and I now collaborate with Andris Nelsons for the first time. On Tuesday (July 27, 2010) we had our first rehearsal, we had a concert on Wednesday in Birmingham and at the BBC Proms on Thursday. The rehearsal has been a very successful one, Andris Nelsons seems to be a wonderful conductor, it is wonderful to work with him and I expect us to continue this cooperation during the concerts.

It is the first time a full Beethoven piano concerto is interpreted as the BBC Proms. What does this first mean for your career?

It is a privilege for me and certainly a special moment. I have been thinking of interpreting this integral at the BBC Proms for some time now and I have worked in this regard. I'll try to take the opportunity that I have and enjoy these moments to the fullest.

You also recorded an integral of the piano sonatas by Beethoven. What is your view on the music of this composer?

You were one of Alfred Brendel's favourite students and you said it took you a long time to learn how to absorb his lessons. How did master Brendelinfluence your playing the piano?

It's difficult to say exactly how he influenced me; there were many things that inspired me when I was working with him. By the statement that you mentioned I wanted to say that when you are dealing with a musical personality as strong as Alfred Brendel one has to try to translate his ideas in order to extract what is meaningful to you. Because trying to copy them would be a disaster. Finding what is important to design your own personality and music perspective - that is what I tried to do.

You also founded the Midsummer Music Festival. Can you give us more details?

Yes, in 2009, my wife and I started this chamber music festival held in a rural area near London. It was a success and we continued in 2010, only a month ago. I hope we will organize it on an annual basis. For next year we invited distinguished musicians, in a special music venue: the Church where the concerts were held can receive a total of only 160 people in the audience. It is a particular festival, in a very pleasant and also intimate environment.

Your agenda is a full, we can listen to your music in concert halls worldwide. Can you reveal some of your future projects?

The next big project is a complete piano integral of Franz Schubert, also three cycles of lieder with Mark Padmore. This project begins in early 2011 and will run for a period of approximately two years. In parallel, there will be concerts of course, but I will mainly focus on this project.