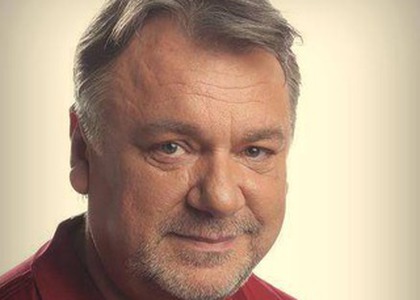 The director of the Banatul Philharmonic in Timișoara is talking about the serires of concerts dedicated to Ludwig van Beethoven.

The Banatul State Philharmonic of Timisoara will dedicate a series of concerts to Ludwig van Beethoven this year as we celebrate the 250th anniversary of the composer's birth. We'd like you to tell us a few words about the importance of this initiative.

In the firts place, I would like to say that the Titan of the symphonic music is being celerated the whole month. This year we started Beethoven's celebration with a concert conducted by a great Romanian orchestra conductor, Horia Andreescu. The concert took place last week and filled the Philharmonic hall which seats almost 900. Both the choir and the orchestra celebrated the great composer. Sorin Petrescu was the soloist and Horia Andreescu , the conductor. The concert program included Leonore Overture no.3, Symphony no.8 in f major and the Fantasy for piano and orchestra. We decided to place a bust of Beethoven at the entrance in the hall and we brought a special book of impressions in which the public may express their thoughts and opinions about the music Titanor the Phillharmonic program which includes all the events dedicated to Beethoven.

How would you describe the audience reaction?

To be honest, we haven't read them yet, but we gathered that in the beginning people were a bit suspicious, they didn't understand what was going on. We will also celebrate Beethoven in February, in conunction with the Frech Institute of Timisoara. We invited the French conductor Michel Cousteau and similarly, there will be a selection including Coriolan Overture, the Concert for piano and orchestra no.4 and the Symphony no.1 - a symphony I particularly love because it is seldom played.Conductors generally prefer more triumphant symphonies , not his first ones. This celebration will go on the following months ; at least once a month we' will try to celebrate Beethoven. We have another Beethoven concert in March, featuring our conductor and concert master Gheorghe Costin alongside the concert master from the Opera in Los Angeles. This concert will consist of Egmont Overture, the Concert for Violin and Orchestra and the Symphony no.5 - the Symphony of Fate. So, Beethoven will be intensely celebrated with us, because both the public and we love him and his music always fills the concert halls. Our programs are primarily based on the conductors' wish; the conductors propose a certain program to be discussed by the artistic council. The selected programs are also drawn function of my program of management which has been approved by the Timisoara City Hall, but we hardly ever refuse the conductors' wish. We hope to fulfil our commitments and to meet the public's expectations in every concert held by our Philharmonic.