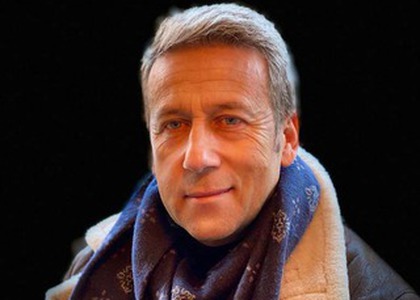 An interview with composer Călin Humă

The composer and honorary consul of Romania in Winchester signed several opuses, which were performed by important symphonic ensembles for the first time.

How did your interest in the world of classical music begin?

I grew up with it. As a child, I had access to Russian classical music, then I switched to German music and so on. And this music tour remained with me. At one point, my daughter started playing the piano - when she was four and a half, I placed her in "Octav Băncilă" from Iași. Having the piano at home and constantly being in contact with the music, I also started to play the piano. I realized that I was able play a few chords. I cultivated this passion and started to work with increasingly complex agreements. Thus, I was encouraged. After she earned her master's degree in piano at London, my daughter became the conductor of an orchestra and, being with them, I had the courage to come up with some works that were orchestrated and performed for the first time in Wales, and then I managed to present my first symphony in 2015, at Cadogan Hall. That's how it all started.

As you said, you had the privilege of having your works played by great orchestras, ensembles such as the Chamber Orchestra of the London Philharmonic, the Royal Philharmonic Orchestra in London or the BBC Symphony Orchestra in Wales. How do you see this kind of collaboration?

They are an extreme honour to me. You know, these orchestras are wonderful. The way they respond to your music, the way they manage to render what you, as a songwriter, are trying to offer your audience is amazing! I hope we can continue this collaboration. At the moment, I am finishing a concert for violin and orchestra that I would like to record either with the Royal Philharmonic Orchestra, or with the BBC, because they have become accustomed to my style and so I hope to continue this collaboration, which also has reverberations abroad because this is how I managed to draw the attention of the Tele-Radio Orchestra of Moldova and I had the honour of being invited and having an entire evening dedicated to my music.

You told us earlier that you are now working at a violin concert. How is this process going?

I finished the first two parts. I will finish it by the end of this year. It is dedicated to a violinist you know very well, but I would not want to reveal his name now, before I am sure that he accept it, that he like it in the final form. And I hope with all my heart to have it presented in the new music section at the Enescu Festival 2021 in Bucharest.

I noticed that you have a conductor you have been working with over the years, Christopher Petrie. How would you describe the relationship with this musician?

We have known each other for over 15 years. He was colleagues with my daughter at the Conservatory. I have collaborated with him, I ask him for advice most of the time, he also helps me in certain aspects of orchestra and musical arrangement. As you know, I studied political science, not music. I have been studying music on my own, which is why I need, at some point, the general knowledge of a conductor who understands the orchestra very well. I admire him for being the main promoter of Romanian music in the UK.