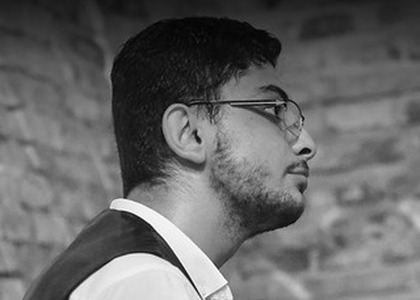 On February 13th, VicenzoDeacu Trio will participate in the national preselection for the Euroradio Jazz Competition, organized by Radio Romania Muzical and the National University of Music in Bucharest.

As a student ensemble, I assume it was formed during college?

How did you decide to switch from classical to jazz?

Naturally, out of a lot of audition. I've been listening to jazz since I was a kid, so I felt I had a special affinity for this style of music and I thought I was preparing more in jazz, although without classical music there's no way you can play jazz.

How did the idea of participating in this contest arise?

I learned about this contest from my teacher, Vlad Popescu. We considered it a common opportunity for us to go, this being the most important jazz competition, aimed at promoting young musicians. I'll have a repertoire of five tracks, namely It could happened to you,a Jimmy vanHeusen's track,You don't know what love is,a track of RyanPaul's,You and the night and the music, Smoke get in your eyes andOleop, a Sony's track.