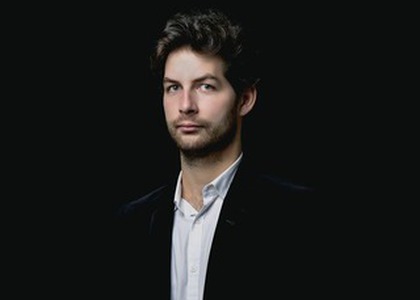 Valentin Serban –the lead singer of the National Radio Orchestra

Two young musicians, Kahchun Wong - the first Asian conductor, winner of the Gustav Mahler conducting competition - and violinist Valentin Șerban - member of the "Les Dissonances" orchestra in Paris and the initiator of the concerts "With eyes wide closed" - are invited to the National Radio Orchestra's this week season concert. Valentin Serban will be, for the first time, a lead singer on the Radio Hall scene and he spoke about this moment:

It is a great honour for me to sing with the National Radio Orchestra, which is, objectively speaking, the best orchestra in Romania. I am proud and glad to be able to sing Mozart's Concert no.2, which is unfortunately only slightly sung for various reasons; It is said that Mozart didn't compose it completely and that it was finished by some of his students, but it is a splendid concert that is too little sungand I hope that whoever comes to the concert can enjoy it as much as I do.

You are currently a member of Les Dissonances. What are the projects you are working on together with this ensemble and when will you be back on stagesfrom Romania?

I will also performa concert by Mozart in Târgu Mures in March with the Philharmonic, I will perform with the Sibiu Philharmonic in April and I will perform the Concert byKorngold, and I will also have two more important projects in May; one is the one with the Les Dissonances orchestra, in Paris - a small tour in France and a concert for now, but there will be more with the complete sonatas and parties for Bach's solo violin.