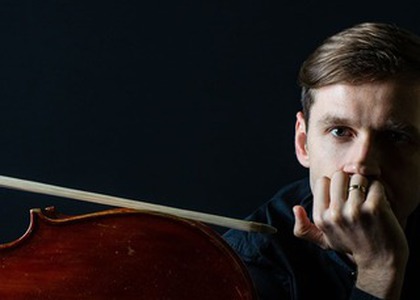 You have organized two charitable concerts within the New Hope project, one in Cluj, and the other in Bucharest, specifically, that from October 27th, in Fundeni Clinical Institute. What is the aim of this project, and how did it start?

We are most happy and honoured to be able to delight those who are suffering, through the means of our art. That is, in short, what we are planning to do. In brief, a group of benevolent musicians will travel to the places, where joy and positive emotions are a desideratum. These are mostly hospitals, old foster cares, and the places where people are in a more disadvantaged social position. Unfortunately, this desideratum often remains just a wish, and we are willing to make the wish of these people come true, and ease the pain and suffering they are getting through. An orchestra of twenty men will travel to Fundeni Hospital, where we will set up two giant speakers, which will be able to reach all the wings of the main building. We want to deliver to those people the music's message, and the hope it carries inside, through our hearts, and the kindness of my colleagues who accepted to take part in this project. Also, we want to make the ailing feel a little happier, to brighten a little bit their lives, and the lives of the doctors, who, as you know very well, are fighting now a tough battle with the disease, and the sufferings of their patients.

Tell us about the musicians involved in the project. Who are they, and how were they invited to take part in such a project?

Generally, they are colleagues of mine, members of renown orchestras. I'm referring to George Enescu National Philharmonic, the Bucharest National Opera House, the Romanian Radio National Orchestra, and the Romanian Chamber Orchestra. They are colleagues from my generation, people who understood my message and were excited to put their shoulders to the wheel of this project. They flatly said yes, and even thanked me for offering them an opportunity to make something really wonderful for the people in trouble.

How did you choose the works that will be interpreted?

Mainly, we thought of the well-known compositions, ones that, so to say, would be easily 'digested' by the broad public. Therefore, we opted for Mozart. We will also play a whole season part from Vivaldi's Seasons, and an aria. There will also be some tangoes by Piazolla, to have complex geography. However, people will be well-accustomed to this repertoire.

Do you plan other similar events, besides the Tuesday concert at the Fundeni Clinical Institute?

We are very enthusiastic about the future of the project, because we had excellent feedback for the first concerts, which took place in Cluj-Napoca, and we find it worth to keep going. Of course, we'd want to travel to old foster cares too, in so far as conditions will permit us to. Although it may sound crazy, at one point, I even thought of giving a concert in prison. There are people who are in a nasty position too, even if they had messed up, but it's worth to brighten up their lives, as well, and to add some happiness and positivity into their being. Why not? Finally, I'd like to thank wholeheartedly our partners, too, especially Mr Simon Maurer, who sensed that during these hard times, empathy and the love for artists and people who are suffering have to be a must thing, as Englishmen say. Likewise, we'd like to thank our partners from the Give Life project. And last but not least, we thank Radio Romania Music for being with us.