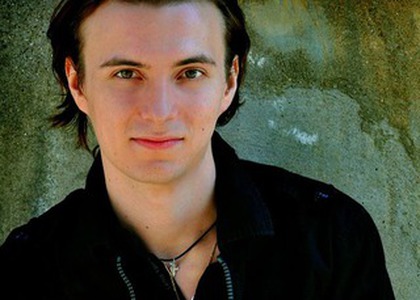 The music video Lockdown Symphony and the concert Wordless Carols are the two debut projects of TranSimfonia a chamber ensemble founded in 2020 by violinist Vlad Maistorovici. The musician has offered us more details about this initiative in the following interview.

In 2020, on your initiative, the TranSimfonia ensemble came to be. Talk to us about its members and about how you got the idea to create it!

Creating TranSimfonia was an older idea, but it turns out that this strange, atypical year, in which the pandemic has imposed a few limitations upon us, has rushed the apparition of this ensemble; the very first project that Ive tried during quarantine... Im referring to a music video produced during the summer and launched during the vibrate!festival a bit later, Lockdown Symphony. The structure of the ensemble is flexible because the idea is for us to approach contemporary scores, new scores, as well as the music from the last century, where the repertoire varies greatly. Therefore, the structure will be adapted for each project,the members will change sometimes, even if we, naturally, have a core group of musicians and partners who make up the nucleus of the ensemble of the project.

You were saying that what defines the ensemble is the predilection to contemporary music. What were the premises that led you to this choice?

This initiative arises, somehow, as a continuation of the collaborations that Ive had at vibrate!festival, where I formed an audience that is interested in such a thing. But while in the case ofvibrate!festival new music and new ideas came and are in collaboration, in tandem with old music, with the long-established repertoire of all times, TranSimfonia aims to focus on the new and on innovation. The situation were in because of the sanitary crisis has two effects. On the one hand, I think its making us appreciate even more things like the experience of meeting the public face to face, symphonic concerts, everything we normally enjoy. But, on the other hand, it provokes us to ask some questions as well. How can we do something new, how can we conquer new territories, even in this domain of classical music, which is influenced by tradition and where every new thing must be very aware of tradition and history? And this kind of situation, this kind of event, can generate such experiments, such trials, and even new discoveries, new conquests.
Interview by Alexandra Scumpu
Translated by Teliban Cătălina-Diana,
University of Bucharest, Faculty of Foreign Languages and Literatures, MTTLC, Year II
Corrected by Silvia Petrescu
Return to archived Interviews