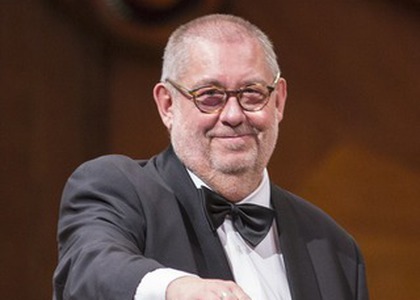 Interview with Remy Franck, President of the ICMA Jury

The ICMA jury announced the winners of the 202 edition. Details about the competition are provided by Remy Franck, the president of the jury.

First of all, I would like you to tell us about the logistics of the 2021 edition. I suppose it was a challenge.

Yes, of course it was a challenge. We anticipated that the awards ceremony and gala would take place in Vaduz, Liechtenstein, with the Liechtenstein Symphony Orchestra on April 18, but given the current situation we decided to postpone it until June 27th. It will be summer, I assume there will be more people vaccinated, and the virus will be slowed by higher temperatures. We hope it can take place.

I would like us to talk about this year's special awards - what are the reasons why these artists were chosen?

Normally, we award the Prize for the entire activity to well-known soloists or conductors. This year, the winner is Edita Gruberova, one of the most important sopranos of the twentieth and early twenty-first century. The Spanish conductor Pablo Heras-Casado - winner of the "Artist of the Year" category, is one of the rising conductors and one of the most interesting of the young generation. Turkish pianist Can Cakmur is the "Young Artist of the Year", being already the winner of the "solo instrumentalist" category in last year's edition, so we have a confirmation of the observations we made about this extraordinary young pianist. The "Discovery" award goes to 14-year-old German violinist Maya Wichert; The Berlin Philharmonic is the "Record House of the Year", which shows us that we pay attention to smaller record companies that do not publish much, but publish important things from the archives of the Berlin Philharmonic and we thought it would be good to have them. as "Record House of the Year". We then offered prizes for "Special Achievements"; this year, one of them went to Drazen Domjanic, the general manager of the Liechtenstein Symphony Orchestra, so the orchestra that hosts our concert; above all, however, he is the founder and manager of the International Academy of Music in Liechtenstein, so he worked with us for several years for the "Discovery" award, because the academy he created in Liechtenstein is a wonderful training environment for young artists. The second is the German violinist Ingolf Turban; why did he receive this award? Because he is one of the most recorded violinists in the world - he has recorded over 40 records, mostly with a less common repertoire, which is important for us.

As you said, an awards gala will take place on June 27th. What can we expect?

It's hard to say at this point, because I've just started planning, given all the problems I've had with logistics and the two-and-a-half month delay. We expect a large part of our winners to come to Vaduz and attend the awards ceremony, and some of them will certainly sing in the gala, where they will be accompanied by the Liechtenstein Symphony Orchestra, under the baton of Yaron Traub. For now, we know, for example, that German violinist Alban Gerhardt will participate, as will Armenian-French violinist Chouchane Siranossian or Maya Wichert, the young pianist who won the "Discovery" Prize. For now, however, it is too early to know, but we will certainly be able to listen to Johannes Brahms's Double Concerto for Violin and Cello, soloists being violinist Marc Bouchkov and cellist Kian Soltani, the two winners of the Liechtenstein Symphony Orchestra Award.

How did the pandemic affect the voting and judging process of the contest?

We normally have two face-to-face meetings a year - one in early January and another during the awards ceremony, when the concert takes place. In January last year we had our last meeting in Croatia, and then the 2020 gala that was supposed to take place in Seville at the end of April was canceled, so we didn't meet then, obviously. All other processes take place by email, from nomination to voting, in Excel files, and things go like this for years. This year, the January meeting was supposed to take place in Vienna, but it was also canceled; instead we will have a meeting on Zoom, in order to exchange ideas and analyze the results, and I hope that the members of the jury will be able to meet in Vaduz, in June.

We can be sure that all musicians want to return to normal - in the concert hall, at recitals and rehearsals. Experts say that an important step in this direction is mass vaccination. What is the attitude of Luxembourgish musicians towards vaccines in general? And, more specifically, are you going to get vaccinated?

Since I'm over 60, I'll be among the first to be vaccinated - I imagine I'll be vaccinated by June. In Luxembourg, as well as in other European countries, the first to be vaccinated are doctors, nurses and others in the medical sector, followed by the elderly. About me, I can tell you for sure that I will get vaccinated as soon as I have the opportunity, but I have no idea what other musicians will do. I guess if we imagine that the organizers of a concert would require participants to be vaccinated, it would be an important reason for them to do so. It's hard to say right now.