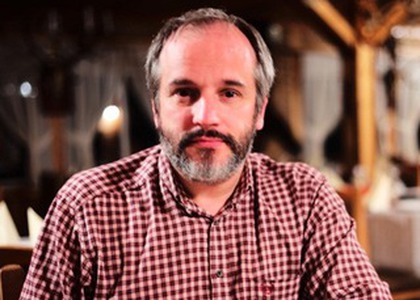 The European Day of Early Music is celebrated, on March 21st, 2021, in Bucharest, by a group of seven musicians who will sing live, for the online environment, at the Cotroceni National Museum. Laurențiu Constantin, the director of the Bucharest Early Music Festival, spoke about this event, entitled Semper Vivaldi.

How did the participation in the European Day of Early Music materialize and what does it mean for the musicians who will play on the evening of March 21st?

The 21st of March is a day full of many meanings. First of all, that it is the birthday of Johann Sebastian Bach, probably the most relevant composer and musician of the musical baroque. Then it's Vivaldi. A repertoire by Vivaldi, which is very dear to us, we have been thinking about it for two years, a program that we wanted as sparkling as possible, when we chose both the instrumental and instrumental vocal repertoire. It is the most important event in the field. It is an event for which some colleagues from REMA, from the European Early Music Network, are preparing for a year.

Please tell us about the musicians involved. How is the collaboration going and how did this formula come about?

Usually, after choosing a repertoire line and then the songs that make up the repertoire, we think about the musicians who will be involved. There are not so many musicians specialized in baroque music in Romania. We work in this show with Lazar Zsomborg, who is one of the two cellists specialized in baroque cello in Romania. The nucleus consists of the Ensemble Semper, an old music ensemble, relatively new, was founded last year. It includes musicians who have been playing old music for a long time and have been together for a long time. If I had to say a few words about each, Mircea Ionescu and Rafael Butaru, baroque violin. Mircea is probably the most versatile violinist in Romania at the moment. Rafael Butaru is a well-known violinist, master concert of the George Enescu Philharmonic and the Bucharest National Opera Orchestra, with a fairly frequent presence on the concert stages, as a soloist. David Csibi, from Cluj, in baroque viola, a student of Mrs. Ulrike Titze and Melinda Bereș, from Cluj, who specialized together with the Baroque Orchestra of the European Union and in many other ensembles and masterclasses in Europe, in the interpretation to baroque viola. Lazar Zsombor is a member of the CODEX Early Music Ensemble, he is from Miercurea Ciuc. We thought about him, because this repertoire, Vivaldi, seems very, very appropriate. Istvan Csata is from Cluj, who is the head of the double bass game at the Cluj Philharmonic. He plays the violin. The violin is a baroque double bass, separated by some constructive and interpretive details from the modern double bass. Istvan is a very good performer at viola da gamba, if I'm not mistaken, the only professional gambler in Romania. Cristina Vasilache is a recent discovery for us. She is a soprano with a very suitable voice for baroque music, with a very suitable timbre, with an instrumental musical instruction, which makes her come up with the theoretical level necessary for the interpretation of baroque music, which is a music with a high degree of elaboration. . Last but not least, the harpsichordist Raluca Enea, who is the leader of the ensemble and the musical director of this concert. It is a constant presence on the show stages in Bucharest and beyond. Beyond her solo harpsichord recitals, she assembles and performs baroque music productions.

Because we are in the midst of the vaccination campaign, I would like to ask you if you personally consider this to be a solution for returning to concert halls?

I am not an epidemiologist, as such, I leave it to those who know how to comment on this subject. Even in safe conditions, respecting the distance, wearing the mask, with a capacity reduced to a third and so on, I noticed a rather high reluctance on the part of the public regarding the return to the performance halls. I repeat, not being a specialist in the field, I assume that vaccination, at a certain level would lead to what is called mass immunity, group immunity, and that could be auspicious.