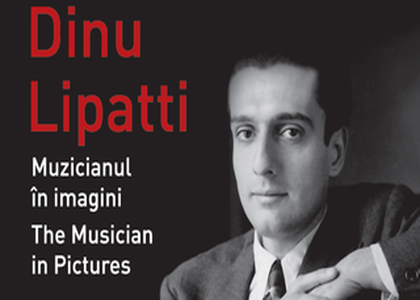 Interview with Monica Isăcescu and Ștefan Costache about the album Dinu Lipatti: The musician in images

On Sunday, March 21st, you will be able to watch the launch of the bilingual album Lipatti: the musician in pictures online. From 7pm, on the Facebook page of our post, on the Lipatti Days page, but also on that of the magazine Dilema Veche, the four authors of the volume will be able to be followed: the Canadian researcher Mark Ainley, the journalist Orlando Murrin, but also our colleagues Monica Isăcescu and Stefan Costache; Along with the authors, the pianist Mara Dobrescu, as well as the journalist Sever Voinescu, editor-in-chief of the magazine Dilema Veche, are also invited to the event, and the moderator of the meeting will be Maria Monica Bojin, the translator of the volume. We find more details about the album from Monica Isăcescu and Ștefan Costache, in an interview done by Petre Fugaciu.

I would like to talk about the beginnings of the project. Dinu Lipatti is one of the most famous Romanian musicians, so the interest for his life and work already existed. When did the idea for this volume come about?

Monica Isăcescu: I would say that the idea of ​​this volume came in a very natural way, during the various projects I have carried out in the last 10-11 years together with my colleague, Stefan Costache, and with Dinu Lipatti - our great pianist and conductor - as a subject, when we had the surprise and joy to meet people extremely passionate about everything that Dinu Lipatti means, even if sometimes it was not about musicians. You may be surprised to find out, as we were at the time, how many people admire Dinu Lipatti, how many collect his photos, scores, any kind of documents related to Lipatti's name. The luckiest of them, even personal items. And one of the most passionate and, at the same time, most consistent researchers in terms of the great pianist's record heritage is, without a doubt, Mark Ainley, who lives in Vancouver, Canada, and whom I had the opportunity to We invite him to Romania to hold a series of conferences in Bucharest and Cluj-Napoca in 2016, in which he spoke about this very laborious process of searching for Lipatti's unknown recordings, in private collections, recordings that Mark gave brought to light, he edited them and, thanks to his efforts, we now have practically twice as many minutes of recordings with Lipatti as those that were known when the pianist passed away.

Ever since I met Mark Ainley, I've really wanted everything he knows about Lipatti's recordings to take the form of a book or at least a chapter in a book, and that's what happened now. Then, in 2017, I met the British journalist Orlando Murrin, who after a series of investigations he had done in Bucharest in the footsteps of Lipatti, after launching an international petition to save the Lipatti House on Lascăr Catargiu Boulevard and her transformation into a museum, she managed to present in London, for the first time, the only sequences filmed with Dinu Lipatti that we have so far, sequences that she had discovered in the archives of the Lucerne Festival. And Orlando's research on lesser-known aspects of Lipatti's life continued, obviously. So, naturally, this is how the group of authors was formed - Mark Ainley, Orlando Murrin, Ștefan Costache and me. I designed this volume which was very kindly received by the Publishing House of the Romanian Cultural Institute and by Mrs. Simona Sora, who coordinates the activity of this publishing house and for whom we have only words of thanks.

How is the album structured?

Ștefan Costache: The volume is not only bilingual, in Romanian and English, the first, we emphasize, of this kind dedicated to Lipatti, but even two of the four authors belong to the English-speaking space. The British journalist Orlando Murrin, a passionate researcher of Lipatti, invites us to know better the story between the great pianist and the muse and his wife, Madeleine, herself an acclaimed pianist and teacher. Orlando Murrin also argues visually, through numerous photos to which we have access for the first time, the opinion that the relationship between the two, their very romantic love story was the source of Lipatti's balance in the last years of his dramatic life, including the records he left us when he was severely affected by the disease. Orlando Murrin benefited from a personal trip to documentary funds kept in Switzerland.

No less spectacular is the perspective on the universe of Lipatti's recordings, to which the Canadian Mark Ainley, the oldest archaeologist, invites us - when we talk about forgotten, lost recordings of Lipatti. What Mark is proposing to us is practically the result of decades of research around the world, but, of course, much of the information is completely new. And I would point out that he manages to dismantle a lot of prejudices about him, including the fact that he needed years to prepare for a new concert.

We now reach the period, no less fascinating, of the experience in Paris, a story we owe to Monica Isacescu, and she one of the most constant promoters of Lipatti. France was a happy period of study with Nadia Boulanger and Paul Dukas, a time when he was also concerned with conducting, but also tried - for those who do not know - his pen also as a music chronicler. All these images speak, of course, about the Lipatti man, a very open nature, who also knew how to enjoy the French landscape by photographing it.

As for me, I dealt with the chapter dedicated to the period in Romania, the period of the first ascent and probably the happiest in his short life, an experience that we are now talking about photographic images, but also extremely precious objects such as the christening costume, the decorations he received, the plan of the Fundateanca estate, all kept in the archives of the Arges County Museum, with which we had an excellent communication and collaboration this time as well.