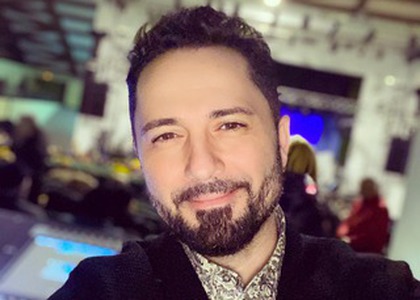 Mr. Daniel Jinga, thank you for the interview you give me as interim manager of the Bucharest National Opera. What projects do you propose to the public?

For the time being, we propose projects that can be carried out in conditions of distancing and protecting both the public and the artists on stage. So, we started an extended printing session, and we will create unique artwork for our audience, which they can watch online. These projects will continue even after the restrictions are lifted and our artistic life will return to normal, because we learn some lessons after this academic period and we will use technology to get closer to other categories of public who can not afford to be with them. by us in the hall, even under normal conditions. It is true that art means communion and means the presence of the public in the hall; it is the third element that contributes to the vibration and the message. Therefore, in the future we will also be concerned with the resumption of artistic activity at the gym, insofar as the figures we receive in connection with the percentage of infection will allow us.

We are glad that we were selected in a pilot project generated by the Ministry of Culture, a project that aims to make a concert-experiment, a show-experiment - one at the Opera and one at the National Theater - after which we will see to what extent, if we select the public and the artists according to the vaccination, the testing they do and the evidence they bring about the testing and the antibodies they have, to that extent we can see if, by respecting all these things, we can organize concerts open to the public. Such experiments have also been done in European countries and I think it is auspicious because, as a result, we can see very clearly whether our freelance colleagues, who have suffered a lot during this period, can - and carry out the activity, they can generate activities with the public. To be more explicit, we encourage vaccination through our approach and encourage access to the room on the basis of a vaccination certificate or on the basis of evidence of a negative test done no more than 48 hours in advance, while taking into account the performance of tests. fast before entering the hall. But this is already a more complicated problem because we do not yet know how much time we can allocate; if we have a lot of spectators who want to do a quick test before the concert, the process could be very long. There is a working group at ministerial level that will develop these rules and we also take the risk and responsibility to carry out this idea.

Many other projects related to the Centenary of the Opera, which I declared open on April 1st, the date on which 100 years ago the Averescu Government signed the decision to institutionalize the National Opera in Bucharest, which was then called the Romanian Opera.

When do you expect this event to take place?

I can't afford such a prediction because there are so many strangers in the game. It will be a ministerial decision. They talk to the state authorities on other levels, we just implement what is decided to be safe and already generated to us. I can tell you this, avant la lettre, that we certainly want to mark in a special way the day of December 8th, the day when the Romanian Opera founded in 1921 premiered by Lohengrin. We want to resume this show and be the most important event in the events we will do on the occasion of the centenary.

If you are hoping for a return to the gym, what awards do you have in mind for this season and the following seasons?

We have a series of works that we want to bring to the repertoire. We have premieres left behind from the old season, premieres that could not take place due to pandemic conditions. We must, first of all, deal with what has not yet been completed for reasons beyond our control and, personally, I think that, from an artistic point of view, we need to focus a little more on French music, because we have a lot many titles belonging to the Italian tradition, maybe also to German music… but we are not in the situation to think now, apart from the premiere of Lohengrin, other premieres until we see what data we have on the budget and the health situation . We will certainly complete the Coppelia ballet premiere, which is in an advanced stage of execution.

How does the position of manager reconcile with that of conductor of the National Opera Choir and with many other projects that I know you have?

When I agreed for a short time to carry out this activity, I took all the precautions and understood that my life is changing and that I have to put myself in the service of artists. And I will do that!