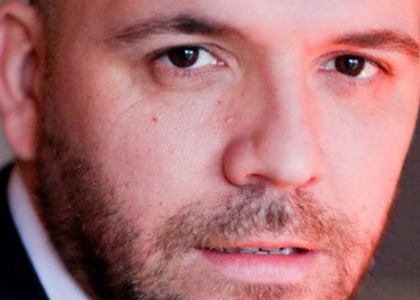 Interview with conductor Cristian Lupes, manager of the Sibiu Philharmonic, about the 2021-2022 season

The Sibiu State Philharmonic opens on Thursday, October 14th, the new season is entitled 'Musical Marathon'. Mr. Cristian Lupeș, how did you come up with this idea for a musical marathon?

Enescu and Beethoven gave its original name back then, it was called Beethovenescu, a joke that aimed to attract a different kind of audience than the one we had until then. The following year, the season got its name to celebrate 300 years since the birth of the baron of Brukenthal, so we named it 'Brukenthal Music Resort', in the sense that, as we all know, Sibiu is a cultural tourist point, extremely important for Romania, a cultural music resort. And this year, in the middle of a global calamity, making reference to a year during which the philharmonic was very, very active, we were performers and we decided that the 2021-2022 season will be called The Sibiu Musical Marathon, whose purpose is to prove the point that, regardless of what may happen, the artists, the creators, do not stop, no matter what problems may arise but they are the ones who inspire everyone to be courageous to go on. We see that art and culture were the ones that had the courage to continue every time, and those that, probably, got the most out of all these troubled times.

The opening concert of the new season will take place on Thursday, October 14. Who will be the protagonists on the stage of Thalia Hall?

We know that the Sibiu Philharmonic will hold concerts in the new season, both in the country and abroad. What will happen, generally speaking, after the opening concert on Thursday?

Our season is very diverse. In October, in addition to the opening of the season, we know that the beginning of the month is Germany's day. We have a wonderful partnership with the German consulate in Transylvania. The German consulate offers us annually some concerts under the name of Suppressed Music, and some chamber music recitals. After that, we are happy to have as a guest Nil Venditti, a young conductor, very firm in the musical act, with whom the orchestra already has several meetings and gets along very well for a Wagner-Brahms program. We are of course waiting for our friends from PlaCello and Nicolas Simion with his quartet, on October 21, 22 and 23, called 'Come to the Philharmonic', because one of our partners, who is a wine producer, will bring samples and do tastings, and the month continues with the Isedici Chamber Orchestra from Germany, and so, at the end of the month, after having done multiple events already, we willfinish with a concert which in fact crowns an international tour concert of the Sibiu State Philharmonic, a film and music concert. In November we will leave for a 32 concert trip in 45 days across Europe, in Scandinavia and in Great Britan. It is probably among the greatest tours for asymphony orchestra, to which Romania has ever been invited.We will of course continue the month of November with the second edition of the youngest music festival in Romania,'Wonderful new music' a festival that actually begins with a guitar and orchestra concertin the first absolute audition by Dan Dediu , conducted by Andreescu and played on guitar by Pablo Marquez, to later have Sorin Petrescu and Doru Roman, specialists in contemporary music, from Timișoara, with Werner-Schulze's Sinfonietta, with Takas, with the Short Symphony. Again, a successful piece by Dan Dediu, Schopping Chopin.We will also have as guest in the philharmonic Jazzt Vivaldi, that ensemble conducted by Cristian Spătaru, with the soloist Rodica Vică. We will then enjoy Tiberiu Soare. Then the Christmas concerts will follow, and we will close the year, in addition to our seasonal concerts, with New Year's Eve concerts, which will take place on the evening of the 31st, before the parties.