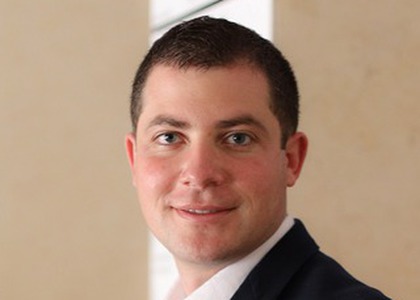 Interview with Gabriel Niță, manager of the Pitesti Philharmonic

On September 16th , 2021, the new season of the Pitești Philharmonic began, with a concert also registered in the George Enescu International Festival. Details about the future events of the season, but also about the collaboration of the institution with the conductor Constantin Grigore, were offered to us by Gabriel Niță, the manager of the Pitești Philharmonic, in the next interview.

Symphonic or jazz concerts with guests such as the vibraphone player Alexandru Anastasiu, the violinist Natalia Pancec or the pianist Sorin Zlat - these are some of the events proposed in September-October during the new season of the Pitești Philharmonic. How does the institution's program look like in the next period?

Our season started on September 16th. We had also a concert at the George Enescu International Festival then. For the Pitești Philharmonic it was a return to the festival, after an 8-year break. The conductor of the concert was Constantin Adrian Grigore, and the soloist was Ștefan Cazacu.

As I said, the first part of the new season will end on December 16th, with an extraordinary Christmas concert, in which Nico will be the soloist. Then, our season will resume on January 13th and will continue until June 23rd.

As you announced, the conductor of the Philharmonic Orchestra this season will be Constantin Grigore, who will be conducting the ensemble on October 18, for the second concert under this new status, after the one on October 14th, held in collaboration with vocalist Alexandra Easy. How did this collaboration come about?

Everyone knows that our conductor is Tiberiu Dragoș Oprea, the one who during this period asked us to suspend the activity. I understood his personal reasons and I agreed with that. We offered our availability to him with absolutely everything he still needs and we were looking for another conductor for the next season. We met in the Artistic Council, in the Board of Directors of the institution, proposals were made and Mr. Constantin Adrian Grigore was elected, the one who opened the season of the Pitești Philharmonic with the concert within the Enescu Festival. We had a very good collaboration with Mr. Constantin Adrian Grigore even in the previous season. And, as I said, the colleagues from the Artistic Council and from the Board of Directors agreed with this proposal. We are talking about a conductor who no longer needs any presentation, a conductor in a continuous growth, a conductor appreciated on all stages of the philharmonics and cultural institutions in the country, but also outside the country's borders. We consider that we made a very good choice, a choice that was immediately appreciated by the public of the Pitesti Philharmonic and we try to carry out our activity as well as possible, regardless of the pandemic conditions.

Among the activities of the Philharmonic from the next period is an international online music and painting contest, organized between November 1st-18th. How did the idea of such a competition start?

In addition to the actual activity of our institution - the concerts on Thursday and the concerts on Friday - we tried to carry out many other projects. We did the same in the previous season, we do the same in this season and we will do the same in the following seasons. Therefore, the Pitesti Philharmonic is the organizer of the International Online Music and Painting Contest. The general rules of this contest, the registration period, the way in which the results, the prizes, but also the sections will be announced have already appeared on our socialization page, because we were talking about the two sections - music and painting. So we tried to alternate the events and to discover young talents, to discover values that would come together with the Symphony Orchestra of the Pitești Philharmonic for a concert somewhere in June next year. Therefore, we try to attract young people, to raise them, to promote them and, why not, to offer new names in this field.