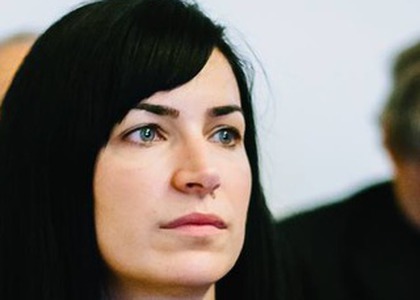 The show "Photos and Pranks" had its premiere on the 9th of October, at the Academic College of Cluj-Napoca,being followed by a series of other performances in the country. The series of events "Mihail Jora- The time approaching time" has the aim to mark both the 130th anniversary since his birth and alsofifty years since the deathof the great composer, professor, conductor and music critic named Mihail Jora.

The premiere of this show has taken place in Cluj, within the project "Mihail Jora - the approaching time," and first of all I would like to congratulate the organizers of this tour, for they have thought about an educational show on Romanian music. These miniatures from Mihail Jora's "Photos and pranks" collection are an excellent way to capture children's attention. The stories itselves were specially written by Jora for them, in fact, and even more, on this musical background, a funny story unfolds, in which the children meet characters they already know from various fables, fairy tales, stories, such as Alice in Wonderland, so in this show, the music is actually combined with the story, with the stage play, even with the pantomime. Overall, it is a very attractive concert for children and a concept meant to bring them not only closer to music, but also to the creation of one of the most important Romanian composers. Personally, I really liked the show, even if, of course, it is addressed to children, but I really appreciated the interaction between the three protagonists of this show. Indeed, the show has been very successful among children, even so with fifty per cent audience, as much as we are allowed to bring these days, but I hope that once the situation gets back to normal other than the current situation, to be able to restart this show, this time, with a full hall.