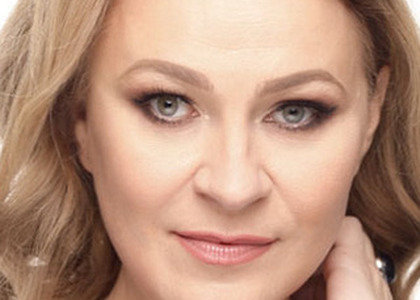 An interview with mezzo-soprano Ruxandra Donose, about the worldwide premiere in Rome

Mezzosoprana Ruxandra Donose was part of the cast of the musical tragedy "Julius Caesar", composed by Giorgio Battistelli at the request of the Rome Opera House and presented to the public at the opening of the institution's season, on the 20th of November 2021, for the first time worldwide.

We find out more details from the mezzo-soprano Ruxandra Donose, in an interview conducted at the end of the last week:

The evening of November 20th meant a double debut for you: the first performance on the stage of the Opera House in Rome and the interpretation of the role of Calpurnia in the musical tragedy "Julius Caesar", composed by Giorgio Battistelli on a libretto by Ian Burton. It was a show presented for the first time worldwide, a command of the theatre with five scheduled performances, which opened the season of the institution. We are aware that you're used to contemporary music, however, how did you come up with the idea to be part of this show?

The proposal simply came up. Daniel Gatti is one of the leading figures of the project - the musical director of the Rome Opera and director Robert Carson is the second one - one of the most important opera directors worldwide. Together they decided to cast this show, really choosing a very high-level cast, and are certainly trying to have artists that are suitable for that role from all viewpoints - vocal, musical, but also as a presence as well.

We would like to know the musical language of this score. How would you describe Battistelli's creation, generally speaking, and particularly regarding your role?

It is a piece of writing that does not come as easy. This is not a melodic piece of writing. It is rather, so to speak, a script made for creating an atmosphere. The orchestra is very rich, it hardly fits in the pit of the opera; they use the lodges on the left and right, closest to the stage, to place various percussion constructions there. It is, so to speak, a sound that firstly creates an atmosphere, with dramatic accents. My main scene is about Calpurnia's role in history and the life of her husband, Julius Caesar. She had some nightmares, and some premonitions as well and she was the one who insisted a lot that he should not leave the place that day, the one in which he was going to be killed. The scene in which Calpurnia tries to persuade Julius Caesar not to leave the place is very dramatic and very beautiful. As it is not a melodic score, I think it is one of the most "melodic" scenes, to the effect that the role of Calpurnia is a role that takes place on a very rich ambitus, almost two octaves and it requires all you own as an interpretation, as vocality for this kind of music. In addition, she is the only woman in the whole art work. George Battistelli is one of the most important contemporary Italian composers and he is also known for his rather experimental approach to music. He uses the orchestra and the instruments and the choir in a very special way.

And his collaboration with Robert Carson already has a precedent. If we remember "Richard III", a title that is based on the entire Shakespearean creation, with a libretto by the same Ian Burton and the Romanian set designer Radu Boruzescu in the team. How did you perceive, from perspective, this collaboration between composer, director and set designer? Can we already speak of unitary thinking?

It can be debated - of course, Giorgio Battistelli wrote the work, as he thought about writing it - but after that, during the rehearsals that took place for six weeks, practically, we all participated in this creative process. In the sense that the score went through transformations that fit the dramaturgy better, with a certain musical, rhythmic development, of the rhythm of the speech, the work is written in English. Together with Robert Carson and the maestro Danielle Gatti and we, the soloists - practically, until the last moment - we modified, we adapted, we changed, we improved the score.

What was the reaction of the public?

The audience reacted tremendously and enthusiastically, and that, although - say the Italians themselves, a work of this kind in Rome is, so to speak, a test. It was an act of courage to present such a masterpiece here. But the reaction of the audience was very warm, and I say it with all the sincerity and all the modesty and all the honour of being here as a whole; I don't think this work could have been better presented elsewhere. I mean, the show was so well done, so dramatically coherent, so visually beautiful. Radu Boruzescu's scenography is wonderful and very, very functional. It has fluid possibilities of changing from one scene to another. The singers are all very talented, the orchestra is all set up, the maestro Danielle Gatti is like a computer, at the rostrum, keeping everything under the baton. It was and still is a great show.