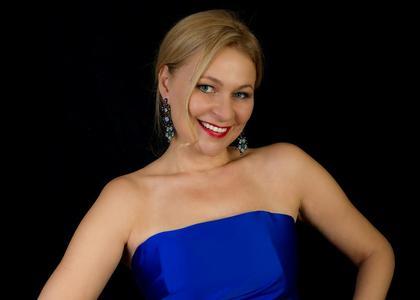 'La Favorita' with Ruxandra Donose at the Radio Hall

The National Radio Orchestra invites the audience to the opera on Friday, January 29th, 2016, just like it has in previous years. In the "Mihail Jora" studio, you will be able to listen to the concert version of the "La Favorita" opera by Gaetano Donizetti, starting at 7 pm. The headliner will be the mezzo-soprano Ruxandra Donose. The artist is enjoying a stellar career, with concerts and opera shows on some of the greatest stages: the Los Angeles Opera, the Berlin Opera, Carneige Hall in New York, Konzerthaus in Berlin, Covent Garden in London, the Metropolitan in New York, the Vienna Opera, La Fenice in Venice, the Berlin Philharmonic and many others.

Ruxandra Donose was so kind as to give us a few details about her relationship with the Radio Orchestras and Choirs, as well as the part she is about to perform.

The Radio Orchestras and Choirs continue the tradition of showing an opera in concert at the end of January. Tonight, it is "La Favorita," in which you play the leading part. What draws you to this part?

Firstly, it is a bel canto part. For us, vocalists, it means the opportunity to sing beautifully. It is a wide range part, a bel canto part, it is a Donizetti, but already getting closer to Verdi. It's a beautiful, lyrical part, but dramatic at the same time; it has a well-constructed part, with beautiful scores and a broad vocal range - over two octaves. So it is, indeed, a part which puts you to the test, but which also brings the satisfaction of using your voice to it's maximum potential, making the most of its abilities.

It is also with the Radio Orchestra and Choir that I recorded a CD two years ago; it is the Romance CD, with pieces of the French romantic repertoire. So I am thrilled to be back on the stage of this studio, next to this orchestra and choir, it is like coming home. Not like, it actually is!

Since we are talking about a radio season, with an extremely large virtual audience - the ones who listen to the radio concert on our website -, how important are those opera shows in concert?

It is practically impossible to cover the huge opera repertoire that exists throughout the world. And how many valuable pieces do we get to have ringing in our ears? Not from recordings, but live, in the house. And, setting aside the mise en scène - the costumes, the lights, the makeup, the staging - we concentrate on the music and we can show the audience an opera which, otherwise, they may never experience live, in the house. This seems to me to be very important, because this way you can approach more operas than you would be able to, if you had to wait to do an entire production for each.

I would very much like to invite all listeners to the concert, here - live on the radio or on the internet, where truly everybody can tune in -, but also in the house, where the experience is, obviously, entirely different. It is an opera which is worth listening to, the cast is truly wonderful, full of very, very talented singers, and I do believe it will be a special event for everyone there.

In the Radio Hall, you will also be able to admire the lyrical artists Diana Țugui, Cosmin Ifrim, Șerban Vasile, Sorin Drăniceanu and Liviu Indricău, as well as the Radio Academic Choire, prepared by Dan Mihai Goia. The orchestra will be conducted by the Italian David Crescenzi.