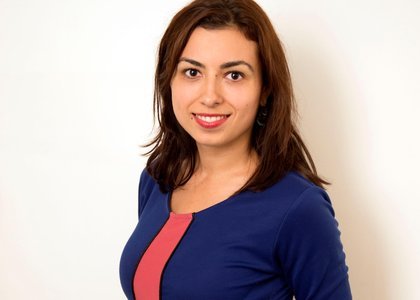 Jazz in the Park - the IVth Edition

Friday, 24 June 2016 , ora 13.43
The fourth edition of the Jazz in the Park Festival will begin on Monday, 27th June 2016. Corina Brândulan, the PR Manager of Jazz in the Park was kind enough t ogive us a few details from this year`s edition.

This is the fourth year of Jazz in the Park and in 2016 we present you the second edition of Jazz in the Park competition which is a lot bigger and competitive than last time. Bands from across and outside the country participate at this competition about 30 bands from which a lot of them reached the finals. These bands are from Romania, Great Britain, Germany, Israel, Italy and will compete three days during the festival. The contest will take place on the borders of Someş in Cluj-Napoca, in the area known as Grigorescu beach.

For what are they competing for and which are the prizes?

There are a lot of prizes. I believe that the most valuable one is the opportunity of opening the Jazz in the Park Festival next year. The band who wins the contest will open the next year`s festival on the main stage. We also have prices that include money. First prize will be 3500 lei for the same band that will perform the recital on the main stage of the festival. The second prize is 2000 lei, the third prize, 1000 lei and in the Composition section we will have a prize for the most valuable composition, and the prize includes recording, editing and mixing songs in a professional studio from Cluj. So, this is an opportunity to share their music to others.

Who is invited at this year's festival and where will they perform?

We've spoken so far about the Jazz in the Park contest which will be on Tuesday, Wednesday and Thursday from 28th to 30th June on the border of Someş but in the weekend of 1 to 3 July we will go to Central Park. There is the heart of the Jazz in the Park Festival and we have invited many artists, over twenty of them are from and outside the country. A few of the bands are: Aaron, În copac, Hindi Zahra, Neil Cowby Trio, Platonic Band, Eliza & No Stress. There is a combination between jazz bands and bands that perform another musical genres and we will have a classical music stage in Central Park. There will be performances during the day but also in the night. In one of the evenings there will be a piano concerto at midnight. We`ve thought about making a combination between classical, jazz and also other styles. We are waiting for those that wish to enjoy good and open air music at Jazz in the Park. We can be found from the 28th June to 3rd July on the border of Someş and in Central Park and on the 27th June on the first day of the festival we have an opening concert of Teodor Enache and Benny Rietveld Quintet. There we wait all those that want to see the bassist and collaborator of Santana.