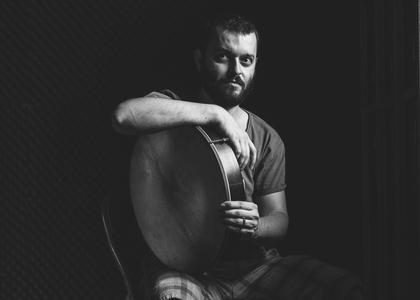 The Imago Mundi ensemble will present the "Summer Gardens/Enescu: Urban vs. Traditional" project, which is a concert series that will promote an original musical programme - inspired from his famous "Romanian Rhapsodies" - dedicated to the great composer. Percussionist Daniel Ivașcu shared with us the details about this concert series.

Daniel Ivaşcu, the Imago Mundi ensemble starts its concert series entitled "Summer Gardens" on 25th June. What is it basically about?

"Summer Gardens/Enescu: Urban vs. Traditional" is a series of seven concerts performed by the the Imago Mundi ensemble. This is an original musical programme - inspired from his famous "Romanian Rhapsodies" - dedicated to the great composer; more exactly, the themes used by George Enescu in his "Romanian Rhapsodies". The presentations of our concerts contain visual projections commented simultaneously. There are seven one hour-concerts organised in representative venues in Bucharest, such as, the aforesaid Botanical Gardens and the Village Museum, as much as in new and non-conventional spaces, such as, the Cărturești Carusel, Lokal and Grădina Viitorului.

The pieces will be performed in the style characteristic to the Imago Mundi ensemble, won't they?

Obviously; they are original pieces inspired from the urban folklore that Enescu used, but surely presented in our charateristic manner.

What other projects does the Imago Mundi ensemble have for this summer and next autumn?

We will go on an international tour next autumn. We may also release our new album, that we are still working on, an album that will be prodused by the "Radio Hous" Publishers. I go back to mentioning the "Summer Gardens" project again and adding that, as it is a cultural project, it will be financed by ARCUB. It is a project of the "Izvor" Cultural Association and, last but not least, we are proud that Radio Romania Music supports us, as our co-producer.