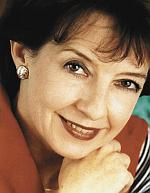 Sunday, 5 April 2009 , ora 10.56
Anne Queffelec, daughter of Henri Queffelec and sister of Yann Queffelec (both notable representatives of French literature) studied piano at the Conservatory in Paris, followed by studies in Vienna, under the care of the famous pianists Alfred Brendel and Paul Badura-Skoda. She won the 1st Prize in the International Music Competition held in Munich, in 1968, and ranked 5th in another prestigious musical contest - The Leeds International Piano Competition (in 1969). Anne Queffelec's career evolved internationally; the artist performed in some of most important halls in Europe, Japan, Canada and the United States of America. The pianist performed with some of the best and most renowned orchestras in the world and with famous conductors, such as Pierre Boulez, John Elliot Gardiner or Alain Lombard. On April 4th and April 5th 2009, Anne Queffelec performed on the stage of the Romanian Athenaeum, accompanied by the Bucharest Philharmonic Orchestra. She performed the Wolfgang Amadeus Mozart's Concerto in B Flat Major. On this occasion, we had a little chat with the French musician about Mozart's creations and musical pedagogy, as well as about her musical agenda for 2009.

I was extremely happy to embark upon this adventure - performing the concert here was extraordinary, because it prolongs the feeling of mutual knowledge. I was glad to see how things evolved from the rehearsal stage, until the moment of breathing together. Mozart's concerto is very intimate, it is not a battle between the soloist and the orchestra - as it happens sometimes (especially if we think of the significance - 'concerto, concertare' actually means 'to come together in harmony and cooperation'). Mozart's case is actually chamber music; therefore, given that the orchestra is small, we really need time to get to know one another better, to know each other's face, to be accomplices, to have a dialogue. I appreciated a lot this stage work, with the orchestra.


Your repertoire includes many of Mozar's works. Why did you choose to play Concerto no. 27 in B Flat Major at the Athenaeum?

This is the last concerto written by Mozart. I play many of them, my repertoire includes 15 concertos by Mozart and I love them all. Each of them has its depth, grace and emotion. Being the last one, this concerto (Concerto no. 27 in B Flat Major) is extremely clear and purified (of course, Mozart did not know that when he composed it). For instance, the second part is very simple, 'nude' as a theme, from the melodic point of view. We may even think it was not written by Mozart. It is so simple that it may pass for a barren piece. But this is where the magic of Mozart's genius comes in: he creates a succession of three sounds which are sufficient for us to feel emotion, we are touched and we are unable to tell whether it is sad or joyful. There are several moments, especially in this concerto, in which we cannot describe the nature of the fragment in one word, as it happens with better known concertos. In case of the latter, we can tell if they are dramatic, tragic, very joyful, extremely lively, enthusiastic or playful. I think that there is some sort of ambiguity of nature in this concerto (not only in the second part, but also in the first movement of the concerto). The end explodes, extremely malicious at times, but also breathing great joie de vivre.


What's on your agenda for this year?

I have many projects. I am heading for France, where I will perform this concerto again - with a French orchestra; I have a recital in Switzerland, which takes revolt as its theme. Of course, I will perform Chopin's Revolutionary Study, as well as Beethoven's works, Mozart's Fantasy in C Minor - very rebellious music, one might say. Afterwards, I will perform some of Bach's works in Japan, during an event called "La folle journée', an extraordinary festival. Then I am going to Brazil, where I will perform a lot of Mozart again, followed by Vienna, in June. Then, there are the French festivals. There are many things to do this summer and I'd rather I did not think too much about it. Each moment has to be enjoyed otherwise we risk being caught in a swirl.
I am also a mother of two sons, which is very important to me. Of course, they have grown, they no longer need 'spoon feeding' from their mummy, but they still need me around. It's true that the following weeks and months will be very busy, but I am enjoying each and every moment -I am in Bucharest now and I am very happy to reencounter this city which has changed so much since my last visit. I will also be very happy to return here.


Are you also involved in other chamber music projects, currently?

I don't have many "pure'' chamber music concerts scheduled for the following months. I will perform the concertos for three and four pianos by Bach - we can say that it is chamber music, but it could be seen more as a series of concertant works. I love chamber music. However, there are moments when I cannot perform it. Still, I will play with the Endellian quartet in England, in June - I must not forget that - and we will play Schumann's Quintet and one of Mozart's Quintets. Also, I will perform together with other musicians, in Brazil and Japan, the Mozart Quintet for winds and piano, which is a wonderful piece.


You mentioned England and I know that you are highly appreciated there. Which is your relationship with the English audience?

Curiously, it is connected to Romania, to a certain extent. During my evolution as a pianist, my first contact with England took place at the moment of the Leeds Competition. One of the competitors was Radu Lupu, who meritoriously placed first. I fell in love with his performance ever since I heard him for the first time. Therefore, getting to the finals, next to someone of his stature, was a great experience. This is how my relationship with England began. I had an English agent who managed my career and, starting with the competition in Leeds, things started to take shape. I owe a lot to England for my experiences. I especially owe a lot to the orchestras, because I performed with all the English orchestras, not only in London, but also in all the major cities. It is, indeed, a country with a special significance for me.


Is there also a pedagogic career or is there not enough time for it in your schedule?

I need to teach. I find time for it, but not in an 'organized' manner. I mean, I do not teach at the Conservatory, I do not have a class of my own. I teach a little at the Normal School of Music, in Paris, in Masterclasses, only three days per term. It is not much, but I also teach artistry courses and I run summer schools. I also teach during my journeys. For example, I teach artistry courses in Japan and in France. Conservatories request my presence for special courses and I also have a few students with whom I work independently. However, given that I cannot see them constantly, we are talking more of meetings with young pianists, who prepare for competitions and need to rehearse their programs. Pedagogy is very important to me. I consider that it is a very stimulating exchange, because one learns a lot about oneself, about music, about other ways to live a musical piece.
Irina Cristina Vasilescu
Translated by Andreea Banciu
Return to archived Interviews