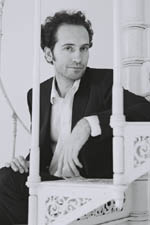 Interview with the violist Razvan Popovici, director of SoNoRo Festival

Sunday, 1 November 2009 , ora 12.13
The first evening of November 2009 meant the beginning of the fourth Sonoro Festival edition, as scheduled until November 13th 2009 on the most important stages of Bucharest, Iasi and Cluj-Napoca. Musicians such as the piano players Mihaela Ursuleasa and Diana Ketler, the violinist Alexander Sitkovetsky and the celloist Bernhard Naoki Hedenborg will perform again for the public. On the opening of this new 'SoNoRo' festival, the violist Razvan Popovici - a member of the 'Raro' Quartet as well as Director of the Festival- shared with us some of the 'suprises' included in the program, but also some of the reasons Romanian music was not to be found on the 'SoNoRo' posters this time.


The 'SoNoRo' Festival celebrates its fourth edition. Which are the benchmarks of the program this year ?

The usual- a variety of concerts, artists and locations plus many new faces; there are also some surprises among which the projection of PianoMania, the movie directed by Lilian Franck and Robert Cibis - in collaboration with T.I.F.F., a premiere in Romania; a photo exhibition by Serban Mestecaneanu - displayed at the 'Point Contemporary' Gallery, but also two types of wine - with musical 'aspirations' - created especially for the 'SoNoRo' Festival: 'SoNoRo Vivace', the white wine, and 'SoNoRo Cantabile'- the red one.


Though the program is quite varied, the Romanian music is missing...

It is not at all some sort of 'strategy'; it just happened. I have always tried to make up the programmes taking into account the artists that participate at 'SoNoRo' and, since this year we have some very 'original' guests, I could not include the Romanian works. However, I will make up for it in the future.


The 2009 'SoNoRo' edition proposes an evening of interblending of chamber music, video projections and a photo exhibition. How did this original artistic vision come to life?

I have always found it important to create an artistic 'puzzle' so as, if the public participated in all the concerts and activities within the festival, in the end it could obtain a complex image of the 'SoNoRo' idea and philosophy. Photography unveils many of our 'musical' adventures during the year 'narrating' our stays in Italy, in Portul Cultural Cetate or Bucharest, whereas the video projection is very welcomed in this context, since it allows us to experiment and continue the series initiated on the first edition of the festival. Our wish is to attract a new public to the "classical" concert halls, but also to enjoy the simple freedom of experimenting.
Alexandra Cebuc
Translated by Oana- Manuela Mihai and Lorena Fota
MA Students, MTTLC, Bucharest University
Return to archived Interviews