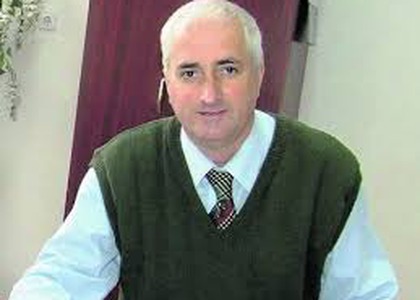 Interview with Doru Orban, the manager of the Philharmonic from Arad

The local authorities of Arad in collaboration with the Philharmonic from Arad are organizing tomorrow - January 24th 2018 - a concert dedicated to the Union of the Romanian Principalities. Violinist Doru Orban - the manager of the institution - talked to us about this event but also about the goals of the Philharmonic for 2018.

The Philharmonic of Arad is celebrating the Union of the Romanian Principalities with a special concert which will take place exactly on January 24th. Tell us more about the organization of this event.

As always, we devoted much attention to this event and we - the local authorities of Arad in collaboration with the State Philharmonic of Arad - are organizing in the Hall of Classical Theatre Ioan Slavici, Wednesday evening, January 24th, at 19:00, an extraordinary concert dedicated to the Union of the Romanian Principalities. The Philharmonic Orchestra will perform in this concert, conducted by Maestro Frande
ș Dorin, but I have also considered showing respect for the society of Arad through the participation of the Rapsozii Zarandului Orchestra, conducted by Maestro Petrică Pașca, in a program that we hope to present - metaphorically - the union between the spirituality of the mioritic sound and the great musical tradition of Central and West Europe. The guest of the Symphonic Orchestra is a remarkable artist, panpipe player Claudia Diaconu Iordache, instrumentalist in the Symphonic Orchestra of Vâlcea, and we believe that the combination between the classical ensemble and the instrumental music representative for Romanian spirituality is mirrored in famous compositions: Hora Staccato, for example, by GrigorașDinicu, Rustic Dance by Constantin Dimitrescu or Romanian Folk Dances de Béla Bartók. We will also present some exquisite compositions by Gheorghe Zamfir, Ilie Fieraru sau Marian Didu. Our beloved Marian Didu has composed a Romanian suite for panpipe and symphonic orchestra which contains a few specific dances, orchestra songs, the essence of Ardeal; therefore a musical suite of songs and compositions chosen specifically for our communities. Compositions such as The Romanian Rhapsody by de Constantin Bobescu or famous extracts film scores - such as the well-known Mihai Viteazul Suite by Tiberiu Olah - complete the classical scenery, while authentic Romanian folk music which are part of the orchestra's program will bring a few artists from Arad on the stage of the theatre. The access of the audience will be based on invitations, which can be procured for free from the cash office of the State Philharmonic of Arad.

Giving that we are still at the beginning of the year, may I ask you how will 2018 look like for the Philharmonic of Arad?

It will be a year of great significance for the Philharmonic of Arad because we will soon move back to the freshly renovated Great Hall for Spectacles of the Palace of Culture from Arad and then the celebrations, the shows, the concerts dedicated to the centenary of our country will of course acquire a new significance, in the way that we will try to find a harmony between the desires of the community, between our symphonic intentions and to respect the program and the concerts that we are about to organize within our activity. It will be an extremely diverse activity, including even international tours in which we will promote the Romanian music and, just as last year, we intend to organize the Love the Romanian music Festival. We dedicate, in fact, our entire season to celebrating the centenary of Romania.
Interview by Ana Diaconu
Translated by Maria Zorilă,
MTTLC, 1st year University of Bucharest
Return to archived Interviews