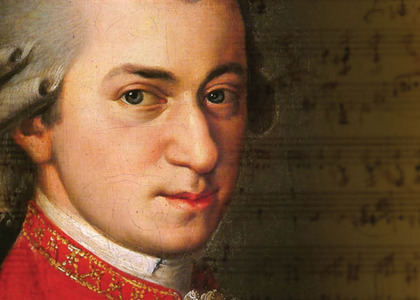 The fourth edition of Mozart Festival is starting in Braşov

On Saturday, 27 January 2017, is starting a new edition of Mozart Festival in Braşov. We found out details from Cecilia Toma, PR of the institution

Braşov Opera, with the support of the Townhall and the Local Council Braşov is inviting you at the fourth edition of Mozart Festival, an edition which begins in this year precisely in the day when 252 years ago the brilliant Austrian composer was born at Salzburg. So, we are inaugurating the festival with an extraordinary show titled "Good to see you, Mr. Mozart!", in which no fewer than 23 soloists of the opera will step on stage and they will be accompanied at the piano by the master Ovidiu Mezei. The Choir and the Opera Orchestra will also compete. There is another extraordinary recital on Saturday, 3 February - Mozartissimo - in which we will have as guests the countertenor Cezar Ouatu and the pianist Ioana Maria Lupaşcu. Then the festival continues with a concert of Kameratei Kronstadt directed by master Cristian Oroşanu, who will have as guest the pianist Horia Mihail. On Saturday, 10 February, Braşov Opera launches the invitation to watch Don Giovanni's opera show. On 17 February, Braşov opera awaits you at Figaro's Wedding. We do not forget the ballet. The only ballet composed by Mozart will be seen on the stage of Braşov Opera Friday, 23 February. The festival ends on Saturday, 24 February, with an extraordinary symphonic concert that will host the master conductor Ilarion Ionescu Galaţi celebrating 80 years of life and 60 years of artistic activity.