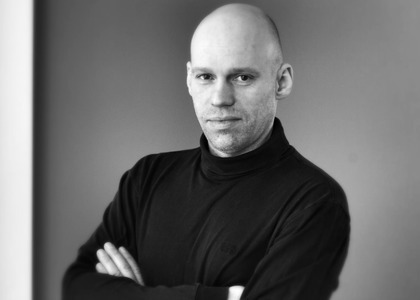 Today, January 26, 2018, at 19:00, you have the chance to see once again the French conductor Julien Salemkour at the desk of the National Radio Orchestra. More details about the program he prepared for the Bucharest audience have been offered to us in the following interview.

How could you describe the collaboration with the musicians of the National Radio Orchestra, in front of whom you have been on other occasions so far?

It's an excellent one! It's a pleasure for me to work with these musicians, and the collaboration has become a better one as years have passed by, which is quite rare because usually an orchestra and a conductor can get bored of each other.

How did you design the program for this evening's concert?

The next program we're going to do together is a Wagner one, and today's program is meant to prepare the audience, but also us, for that Wagner concert. Also, Wagner and Verdi always looked like a couple to me, although Wagner did not really appreciate Verdi. While Verdi's music is very transparent, Wagner is somewhat on the opposite pole with a very complex music. I think these two types of music go very well together for us, the musicians and the audience, alike.

We will begin with the Overture of Rienzi, a rather early work by Wagner, portraying a hero from the ancient Rome, one that is loaded with hope and joy. Next will be Lohengrin, which is quite similar, it's a fairy tale, not a historical story, which is also about a hero. The next is Tristan and Iseult, a tragic love story.

All Verdi's works are usually tragic when we talk about heroes like Macbeth, for example. I chose four of Verdi's choirs, two cheerful ones from Traviata and Otello and two rather contemplative; it's about the Patria opressa from Macbeth and the Chorus of the Hebrew Slaves from Nabucco, which first of all is about the desire to be free, but also about the desire to free your country from oppression.