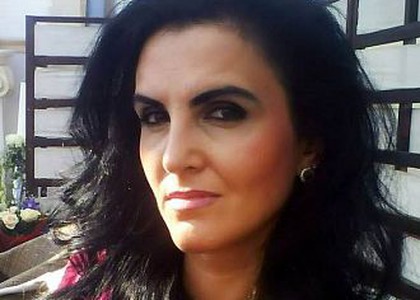 Tuesday, 30th of January, 2018, at Romanian Athenaeum will take place a special event. We have found more about it from Cristina Sebastian, the Director of "George Enescu" National College:

Mrs. Director, "George Enescu" National College will held a special concert, tomorrow, under the dome of the Romanian Athenaeum. What is it about more precisely?

Tomorrow at 19.00 o'clock, the Romanian Athenaeum will be the host of an extraordinary concert, which is 60 years anniversary from the foundation of the "George Enescu" National College of Music. Of course, of the high school "George Enescu", which became college a couple of years ago. It is a big celebration for all the musicians. I wonder who didn't study at "George Enescu" High school. It is a celebration and we will all be witnesses to a first audition. The composer Dan Dediu had the kindness, the good will and the joy, as a former student, to write the "Jubilee" - this is how he called it and will be in the opening. Therefore, we are going to have an absolute first edition. Alexandru Tomescu will be present too, as well as Mircea Dumitrescu, Trio Zamfirescu, our tiny Eva Garet, who has been no later than a week on the stage of Radio Hall, performing. So, it will be an extraordinary concert, to which we are inviting you.