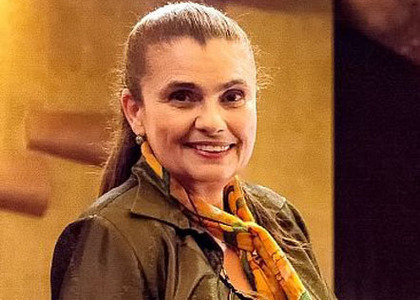 It is an event dedicated to a great personality. How did you come up with this idea and what do you want to achieve through it?

We all know the fact that Mihaela Ursuleasa started her earthly story by gaining attention for being a prodigy. At a very young age she was already on the stage of the Radio with important orchestras and I remember her as a ray of sunshine with really short legs that couldn't reach the floor. And we thought that such prodigy can be associated with the concept of The Comic Opera for Children because this is the place where children come to, children that later step on the stage or in the workrooms of The Comic Opera for Children, with the dream of becoming artists. Therefore, in memory of this wonderful child we thought that we could organize the first edition of an international piano contest named after her, meant to honor her memory. It is a contest that includes four age categories and excelent participation conditions; so there is a contest program including everything about the age categories, the contest stages, about what an international contest means starting with the entry and ending with the contest gala concert. At the same time, for me this is an important aspect of my life, because I met Mihaela Ursuleasa, I admired her as a prodigy and we sang together on stage, she accompanied me on the piano when she was I think... 10 years old at that point and we do have documents about this event. Thus, it is the beautiful story of a prodigy whose name appears right here, at The Comic Opera for Children within the framework of an international piano contest - the first edition taking place this year, joining the International Festival "Marile Serate Muzicale ale Bucureştiului" which reached its forth edition. The contest will take place at the Comic Opera for Children while the gala will take place at the Romanian Athenaeum.

I understand that this is an event fulfilled with great emotion and I also see that, among the contest prizes, there is a special prize, "Patricia Kopacinskaia", a well known friend and collaborator of Mihaela Ursuleasa's.

That is right. We thought that the judges should also be related to Mihaela Ursuleasa's life. And not only that. We got in touch with a few of her friends and Patricia Kopacinskaia decided to offer a special prize in memory of Mihaela Ursuleasa. Furthermore, speaking of Mihaela's acquintances and friends, the jury president will be Heinz Medjimorec from Venice, her first teacher. Then, another member of the jury is Pierre Doueihi, teacher at Bern University of Arts who was, of course, her friend and actually her colleague at Bern University of Arts since she tought there for a while too. The group of friends and supporters of Mihaela Ursuleasa in memoriam will definitely become bigger and, at the same time, we count on the number of participants which will also be Mihaela Ursuleasa's friends.

Mrs. Director, I would like to thank you very much for everything you're doing for the young audience and for the young creators and musicians!

I also want to thank you, especially for being among those that support us and the concept of values. I would like to add that you can get information from operacomica.ro, and also by emailing us at ursuleasacompetition@operacomica.ro for those that are interested in obtaining information about the International Piano Contest "Mihaela Ursuleasa".