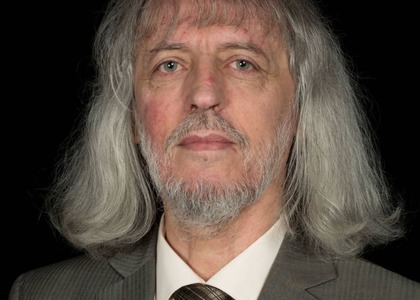 The Philharmonic from Oradea organises this evening, February 22, 2018, a concert dedicated to the memory of the conductor Erich Bergel, whose passing will be commemorated on May 3, 20 years. I learned more about the event from the artistic director of the institution, the flautist Vasile Foica.

The State Philharmonic in Oradea proposes a concert dedicated to the memory of Erich Bergel. For those of us who do not know him well, I invite you to tell us a few words about this personality.

Through our next concert within the season, we commemorate the 20th anniversary of the death of the great conductor Erich Bergel. He was, among other things, at the beginning of his career, the conductor of the Philharmonic from Oradea. This happened between 1955-1959. Coming to the desk of the orchestra from Oradea was a real revival. Assessing the state of the ensemble, the young musician proposed a systematic education of his work. Perhaps less is known that at that time the composition of the orchestra was rather heterogeneous; they were part of the orchestra people with more precarious musical studies, but also players taken from the military fanfare of the city, for example. Those who had the opportunity to work with him, decades later, they remembered with great pleasure the sophisticated work of education he had brought to the orchestra.

Tell us what music you chose for this event.

It is known that Master Bergel was a very good performer of the German composers. That's why, in view of his preferences, we included PianoConcerto No. 1 in D minor by Johannes Brahms, the Symphonic Poem Don Juan by Richard Strauss, respectively the Tannhäuser Overture by Richard Wagner. All these works have been featured frequently in the concert repertoire of Master Bergel. The performer will be the pianist Csíky Boldizsár from Cluj. The concert will be directed by our permanent conductor, Romeo Rîmbu, disciple of master Bergel, it is true that he took private classes with Master Bergel.