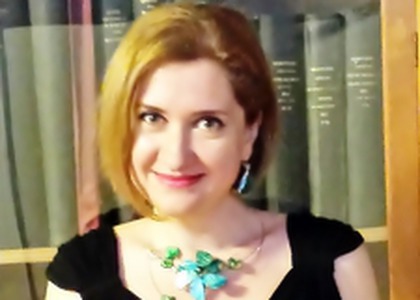 Sunday, March 4th 2018, the intensive program Contempor-early music: embracing the new will reach its end. The event is hosted by the Royal Conservatory of the Hague as part of the European project VOXearlyMUS initiated by the National University of Bucharest. Students and professors from five European conservatories (the Royal Conservatory of the Hague, the Arrigo Boito Conservatory in Parma, the Arrigo Pedrollo Conservatory in Vicenza, the Joseph Haydn Conservatory in Eisenstadt and the Bucharest National University of Music), as well as representatives of the Italian Foundation for Early Music, of the Romanian National Choral Association and of the Association of European Conservatories have come together around an extremely appealing old music repertoire. Over the course of nine days of intensive work, there were individual as well as ensemble sessions, workshops, conferences, concerts and visits at the most important cultural landmarks in the host-city, Hague. We found out more about the project from soprano Angela Șindeli of the Bucharest National University of Music.

The third intensive program from the VOXearlyMUS project is called Contempor-early music: embracing the new. What does this title mean, exactly, and what did it bring new to the third part of the project?

Contempor-early music: embracing the new is a title we chose given the theme for this year, "early music versus contemporary music." Students, professors and experts from the institutions already known from the program VOXearlyMUS have the opportunity to approach new repertoires, which are stylistically very appealing. Workshops teaching improvisation, ornamentation, body awareness, individual and ensemble rehearsals, as well as a course on artistic management are already underway, we're talking about a period which is still active. The artistic management course is an addition to the last years.

Like you said, the courses are already underway, in fact they are nearing their end. How did the events go?

From what I heard from the students and professors involved in the project, they went really well. A concert has already been performed on February 28th in the Arnold Schoenberg concert hall of the Royal Conservatory of the Hague. There were works by Caldara, Werner, Dediu and Cudalbu, as well as fragments of Byzantine music. As you can see, it's an extremely interesting program and both the students and the experts involved consider it very useful and interesting.

Will there be another concert?

Yes. It will be in the last day of the intensive program, on the 4th of March to be exact, again hosted by the conservatory of the Hague. This time, it will be a matinee, followed by a farewell party and the impressions of those involved.

Finally, I would like to ask you what's next after the three intensive programs. What is the ultimate objective of the project?

With regards to the events, there will also be a multiplayer event, the closing one, hosted by the Bucharest University of Music in May. We would like to already invite you to join us and promote us in that aspect. With regards to the ultimate objective of the project, we're aiming to implement at least one module of Baroque music for musical ensembles and, why not, for soloists in the Bucharest National University of Music.