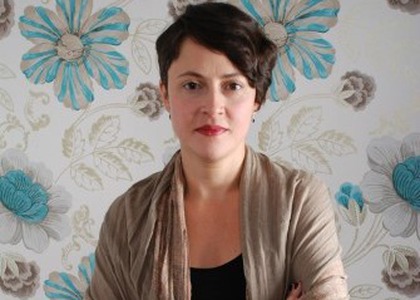 Debate and recital with Romanian musicians, at the European Parliament - Interview with Sandra Ecobescu

Today, March 5, 2018, in the Yehudi Menuhin area of the European Parliament, Bruxelles, there is a recital and a debate on The role of culture in combating populism. At the meeting will attend the anthropologist Vintilă Mihăilescu, conductor Tiberiu Soare and Sandra Ecobescu - president of Calea Victoriei Foundation, who has given us more details about the event in the following interview.

There will be a recital and a debate in the European Parliament that you are invited to participate on, with the theme The role of culture in combating populism. To whom did this initiative belong?

The initiative belongs to Ms Renate Weber, Member of the European Parliament, she had this very useful idea. It is an extremely necessary conference in the context of the European elections of 2019 because, first, Mr. Vintilă Mihăilescu, a sociologist and anthropologist well known in the Romanian area, will present what populism means. We know this word, but it is a much more complex process and beyond the context of these ideas and the dangers that populism presents, Ms. Renate Weber, the moderator, will have a dialogue with Tiberiu Soare, conductor at the Bucharest National Opera, who has the experience not only of a musician, but also of a narrator, I would say, of a teacher. On the other hand, I will come up with my experience in public relations and the organization of cultural events and courses that we have been doing for 10 years at Calea Victoriei Foundation. Because we have set up an alternative school, which somehow does this, it complements the school or the official program, and where there is a lack of information or even a lack of interest from the state education system, we come to bring the additions. This conference will be held in Romanian, so we are addressing the Romanians in Bruxelles, which seems to me a very new experience. As far as I know, it's a very big community.

There will be musicians along with you who support a recital.

Because we're talking about culture, Ms. Renate Weber's idea is very good. After a discussion of about an hour, at 18.00 in the second part, there will be a classical music recital, first I would mention the tenor Lucian Corchiş, the first soloist of the Bucharest National Opera, so he collaborates with Tiberiu Soare, who will play lieders and aria of works. Also, alongside him, Diana Ionescu and Vlad Maistorovici; at the piano will be played Debussy, and the violinist will sing Saint-Saëns and Enescu. We will also have plays by Richard Strauss, Paolo Tosti, Charles Gounod, Gabriel Fauré and, as I said, you will not miss the George Enescu program.