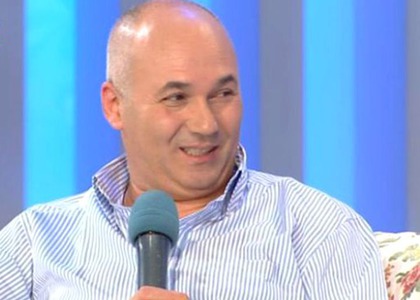 The Cultural Association and Media Channel "Art Channel", led by Dan Creimerman and Dana Bartzer, is organizing on Monday 5 March at 19.00 in the Carol I University Library Hall, "An Adventure on the Moon with Dan Grigore". It will be the first edition of a series of colloquial shows of music, theater, film and fine arts.

Mr. Dan Creimerman, it has already become a tradition of promoting the young performers through the media channel, "Art Channel". But here you are, thinking about bringing the masters on stage in a series of monthly shows that will have as host, the pianist Dan Grigore. How will these cultural events take place? What is the idea from which you started?

There are actually some meetings where master Dan Grigore brings with him a main guest, co-host will be Mrs. Adriana Popescu, a well-known theater figure. Various themes related to art and culture will be discussed. Master Dan Grigore will also play. At each event, two young artists will also be invited, we wanted to be one from the gymnasium, high school and one from the university area. We will try to show these young people from another angle and help to their recognition.

Is Master Dan Grigore permanently in this capacity of host, or will there be other personalities from the world of music?

He will be the permanent leader of this series of events. We initially thought of some chamber music evenings, but we did not find the right spot ... Instead we found the Aula Hall from the Central University Library Carol I and, moreover, the understanding of those who run this institution. Their immense goodwill and the help they have given us in everything we needed. They helped us unconditionally and I want to thank them for everything they did.

Will there be a permanent collaboration with the Central University Library?

I do not know yet, depending on how many viewers we will have. Perhaps we will have to perform some shows in other rooms, we are only at the first edition and we want to see what is happening. We also thought of other cultural centers in the country, Braşov, Sibiu, Iaşi.

Will we therefore assist to a combination of music with literature and theater?

Film, theater, literature and plastic art. We have a list of great guests that will be from all fields.

Why this title: "An adventure on the Moon with Dan Grigore"? Do we have to expect something spectacular on stage?

Because Dan Grigore is an artist full of surprises. And I think there will be some very exciting shows!

How are the two young men going to play on stage with Master Dan Grigore? Is a preselection made or simply enrolling?

Dana Bartzer, my wife, organizes a concert season with students of the "George Enescu" National College of Music and so she sees a lot of talented young people. We have found others with the occasion of various competitions or other events that they participated in. We make a list and come to an agreement with them. It is honorable for anyone to attend such a party in such a company.

If anyone from outside or from the province wanted to sign up, could they?

Of course. They can write us, send us records, links ... and contact the Art Channel association. They can write to us on facebook or on the website that was set up 10 days ago.

What program are you going to offer in this first edition of the evening? Is it a surprise?

What Master Grigore will play is ruled out to tell you because we do not know either of us. He wants to surprise us and make us happy. But whatever he will sing, it will be great. Along with Dan Grigore, Carla Stoleriu, a flute student at UNMB, will be on the stage of professor Ion Bogdan Ştefănescu and Stefan Aprod, a student at the "Dinu Lipatti" National College of Arts where he works with Professor Magdalena Ursu. They will each play a 12-15 minute program. I tried to create a balance between the music and the topics discussed.