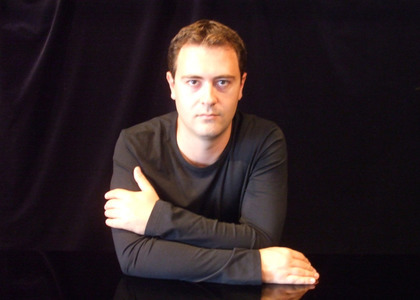 An interview with the pianist Stefan Doniga

On March 16th, 2018, an album including the recordings of the world premiere of the Concerts No.2 and No.3 for piano and orchestra will be launched by the Dutch record company Brilliant Classics, signed by the romantic Ukrainian composer Serghei Bortkiewicz. The soloist of the two concerts is Ștefan Doniga, a very active and appreciated representative of the young Romanian generation of performers. The recordings took place at Ostrava, in the Czech Republic, the project being coordinated by the Netherlands Music Institute in Hague. In August 2017, Brilliant Classics claimed the recording rights over the pieces, to have them published in a second edition, this time for commercial purpose and in worldwide distribution.

Ștefan Doniga's album is part of a 15 record collection dedicated to concertos for piano and orchestra of Russian origin. On the list of tonight's protagonists, among others, we can find Evgeny Kissin, Oxana Yablonova and Klara Wurtz.

We got more information about his record from the pianist Ștefan Doniga himself in the following interview:

Mr. Ștefan Doniga, on March 16th you will be launching a record with the works of Serghei Bortkiewicz. As far as I understood, it is a rerelease of a disc from 2008.

Yes. Those are some pieces performed together with the Janacek Philharmonic Orchestra of Ostrava, conducted by the Dutch conductor David Porcelijn, commissioned by the Netherlands Music Institute in Hague in 2008 and accomplished then as a worldwide premiere. There are two piano concerts belonging to Serghei Bortkiewicz, whose scores were lost during the Second World War and discovered by the Hague researchers, later to be commissioned for rerelease.

This time, your album will come out at Brilliant Classics. How important is a collaboration with such a prestigious record company for your career?

Obviously I feel honoured to have such a collaboration, it honours me the request I got from them, meaning to assign the rights, to agree - and how wouldn't I be! To assign the rights for these pieces? They are copies that were originally made for a documentary purpose, in a fairly limited edition - I think originally two thousand copies were made by the Hague Institute. But because we are talking about a worldwide premiere, about very pleasant music that's easy to listen to, a kind of film music and at the same time an extraordinary destiny for this sort of music - though tragic - which peaks the interest of the public, naturally. We have drawn the public's attention and, of course, the attention of a commercial record company that has decided to publish this disc, this time with a commercial interest and in a very extended worldwide distribution.

As Serghei Bortkiewicz music is less familiar to the public, could you please make us a characterization of these concerts for piano and orchestra.

Every time I was asked to say a few words about Bortkiewicz's style I compared it to a merge between Scriabin, Rachmaninov and Dvorak. Therefore, he is a late romantic, but easily received; he has nothing of the abstraction of Richard Strauss or Stravinsky. He continues Rachmaninov beautifully towards that wide generosity, typical of Russian expressionism. It is music for the public, it is music composed to be listened to with great pleasure, with ease, with that smooth and natural flow to it. It is indeed very enjoyable music!

Will there be an official launch of the album?

I know that the launch of the whole collection is being organised in Hague; all 15 records will be launched, released to the media and offered on the market. For the works of Bortkiewicz I will try to organize a launch in the second part of this year, here in Bucharest.

What other projects do you have for the following term?

I do have in my plans a tour of 10 Romanian performances together with the violonist Diana Jipa, with whom I've been collaborating for some time. This time we will be presenting to the public, among others, a Sonatina for violin and piano by Dinu Lipatti - a very difficult piece and very little performed so far, and as far as I know, it has never been recorded. I also have a collaboration of electronic music with the composer Mihai Toma - so we move away a bit from the area of classical music - and this for a tour of five performances. And, as I was saying, I intend to organize this record release.