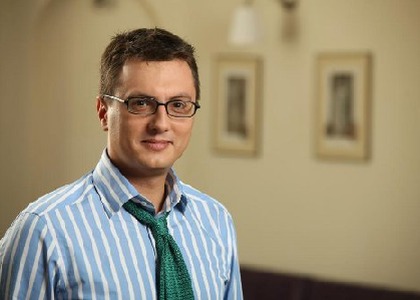 On Monday, March 19, 2018, the Radio Romania Cultural Awards, the 18th edition. On the stage of the Odeon Theater in Bucharest, at 19.00, the greatest achievements of the culture from 2017 will be awarded in 8 categories of awards: music, film, theater, literature, education, science, visual arts and civic involvement.

In the Music category, the following nominations were made: soprano Adela Zaharia for the exceptional voice and her achievements, pianist Dana Ciocârlie for the release of the complete works for piano solo by Robert Schumann and composer and poet Adrian Berinde for the ARCAN album together with the volume of poems God laughs.

Details of this event was provided by Radu Croitoru, Radio Romania Cultural Manager:

There are many cultural galleries in Romania that serve certain areas of culture. For example, there are film galleries, theater galleries, music galleries. I think that the uniqueness of Galeria Radio Romania Cultural is that it focuses on the whole Romanian arts. We have eight categories of prizes for literature, film, fine arts, theater, music, science, education, and for the first time in the history of the gala we have decided to award civic involvement, because culture is the one that engages on its own. It finds the disadvantaged areas where culture is needed and goes alone there, especially through independent artists in Romania, and pans the wounds our society has in these areas. So we have eight prizes for eight arts plus three special awards we've been announcing for some time. They are special, because 2018 is a special year. The three awards I'm talking about are the Radio Romania 90 prize, which we will give to Tamara Buciuceanu, an iconic figure of the National Theater, the centennial prize I have decided to award to Babeş Bolyai University in Cluj and the Excellency in Culture to George Enescu Philharmonic in Bucharest. This year we all know, the Philharmonic celebrates 150 years of existence. That's how our palette is and that's why we think we're unique, because we look, radiograph and reward everything that's happening culturally in Romania.

There are three nominations in the Music category. Everything I can tell you about this category, about music, is that every year, the debates in the judging are very, very lively. It is a very controversial category because Radio Romania Cultural does not broadcast only classical music but also pop music, pop rock and so on. And then there is a great battle when it comes to nominations and especially when we have to get out of those nominations, from joben, a winner. And when jazz competes with pop music and classic music is very, very hard to decide.