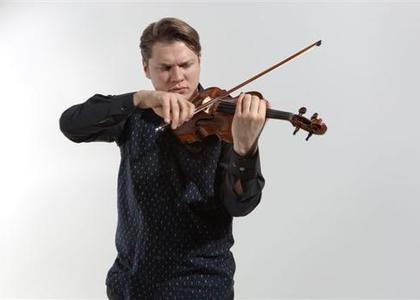 Interview with the violinist Sebastian Câşleanu

Giocoso quartet, formed by two Romanian violinists Sebastian Câşleanu and Teofil Todică, German violinist Martha Windhagauer and Dutch cellist Bas Jongen will tour Australia, together with the Israeli mandolinist Avi Avital. Sebastian Câșleanu will tell us more about this, in the following interview.

This April you will perform no less than nine concerts in Australia, together with the
Giocoso quartet. What is the story of this tour and who had the initiative?

This tour is actually the result of Melbourne International Chamber Music Competition for string quartets and piano trios. Three years ago, we won the 2nd prize, the public's prize and the Musica Viva prize, which is Australia's largest association of concerts.

I will take advantage of the fact that you told me there had been a first series of rehearsals and I will ask you how your collaboration with Avi Avital is.

My collaboration with Avi Avital is a very interesting one, a very good one actually. The last two days I spent working intensively with him, it was extremely interesting for us, and this is because while we perform chamber music we also play the piano and cello, meaning instruments from the same family or a close one. Let's say we are used to playing the piano. We also had a guitar project, but with the mandolin, it is a completely different world of sounds, colours and, therefore, it was a very nice collaboration, as we had the chance to perform with him and find "new colours", "new characters" and it was, if I might use an English word, "enhancing".

And your collaboration will continue in Europe as well. If I am right, at Berlin.

Yes, that is right. After a series of concerts performed by Avi Avital in Pierre Boulez Hall in Berlin, he proposed that we perform in one of his concerts, with the repertoire we will perform in Australia, too.