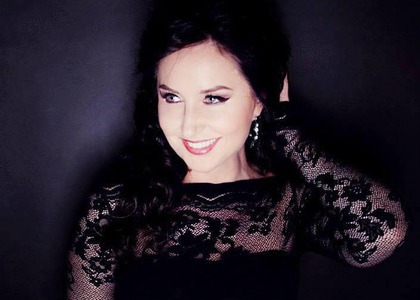 On March 28, soprano Elena Moșuc debuts on the stage of the National Theatre in Belgrade as Leonora in the opera "The Troubadour" by Giuseppe Verdi. The staging is signed by Ivana Dragutinović Maričić. Alongside home artists, the cast includes another Romanian name - baritone Florin Estefan, the Count di Luna. Soprano Elena Moșuc spoke in an interview about her debut in Verdi's opera:

During your journeys in various lyric theatres around the world, you also made a stop at the National Theatre in Belgrade where you will play the role of Leonora in Verdi's opera, The Troubadour. This is your debut in one of Verdi's works!

Yes, it's a role I've dreamed of for a long time, and now it came true. We could say it's a step forward in my artistic development. Regarding the roles in Verdi's works, I played a lot of Gilda, Violetta, Luisa Miller, Medora in The Corsair, Alice Ford in Falstaff, and now... I dared to venture into a new territory because my age demands it. Leonora is a role that has more vocal drama. Perhaps many people do not expect me to play this role, but there you go; after 28 years of career I think this step is more than welcome. Maestro Dejan Savić, who is also the manager of this opera house, suggested that I come to Belgrade if I wish for a debut. Not it's the moment and today we had the first orchestra rehearsal, actually the first and the last one, because the show itself will take place on Wednesday.

Among my colleagues there's also Mr. Florin Estefan; this is our first collaboration and the second will be in Cluj on April 15, also in The Troubadour.

Today I tried on the costumes; they are very beautiful, traditional, elegant, made with style. It is a traditional way of directing, more or less like the one in Cluj.

Last night I had the musical rehearsal - it was great. And maestro Dejan Savic is very experienced; he knows all the traditions of Italian music. He, in turn, also worked with other maestros trained in Italy. I enjoy working with conductors who pay so much attention to singers.

What's next for Elena Moșuc after this show?