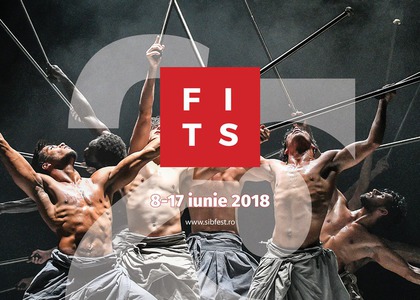 Interview with Constantin Chiriac, the director of the Sibiu International Theatre Festival

The festival brings together several means of artistic expression, including music

Mister Chiriac, the Sibiu International Theatre Festival is one of the finest cultural events in Romania. Although the focal point is the theatrical art, you have assigned important spaces for other forms of artistic expression. Why did you feel the need to include music in your program as well and how did you design the musical offer, which I think is quite varied?

In my opinion, music is the supreme form of artistic expression. It doesn't need translation. Alongside, probably, painting and sculpture, it is one of the universal dimensions. It can be understood by anyone. At the same time, we have designed this diversity of shows that embrace music or at least include the musical dimensions thanks to all the potential offers I have received in the city and in the region. Right now we are working with 21 churches in Sibiu and Transylvania. With the organ churches in Transylvania we began a special chapter which we designed together with the Michael Schmidt Foundation as a motor for regenerating these spaces so that they can become an attraction point for tourists, not only through their heritage value, but through music as well. In the church, by respecting what is moral, tasteful and true to the faith of each religious space, we can bring about a miracle. And we bring from fado to flamenco, gospel, lots of instrumental music, opera, various forms of show, such as the Bolero from South Africa, where the dancers are great, while also being extraordinary singers. Or Peter Sellars & The Flex Community, a dance formula from the suburban area and mingles with song in an extraordinary fashion. The great companies from Israel also come with their own fantastic music. For the open air - and this is the form that captures the audience - we have many shows where music is at home, going from the powerful bagpipes to trumpets and saxophones. And we also have some travelling companies that will delight the audience.

Well, the audience generally didn't have the courage of stepping into the theatre halls. We did a study with the help of two British universities and found that, on average, in large communities, only 7-8% of the population goes to the theatre. So the formula for capturing their interest is to bring the miracle, the high quality, close to them. Which we have been obstinately doing for the past 25 years.

The contemporary dance offer is just as rich and interesting. I would like us to highlight one show which I find extremely special: the one performed by Marie Chouinard Company, inspired by Hieronymus Bosch's Garden of Earthly Delights. What is it about?

It is a name that I discovered a long, long time ago. I brought Marie Chouinard in Europe for the first time in 2004. That was her first tour. As a result of the tour, she was dubbed the new Pina Bausch of world dance. After that, I invited her again in 2007. Then I couldn't do it anymore, because I had other important names to book. I wanted to bring the show Hieronymus Bosch - The Garden of Earthly Delights because it is one of the most interesting forms of dace. A great painting is decomposed in its dynamic character, in an area of creation so extraordinary it goes into detail. Next to Marie Chouinard will be Les Ballets Jazz de Montréal, who have turned their dance technique into an art in the field of improvisation. They manage to surprise everyone and we are very glad we could bring companies that are so great and diverse when it comes to interpretation, to the way they approach important themes.

Thank you very much, Director! We wish you best of luck for this new festival edition that will start on June 8.

Thank you! We are eager to have you in Sibiu! We must also mention the fact that the Romanian Radio Broadcasting Company as a whole is a co-producer of the Sibiu International Theatre Festival.