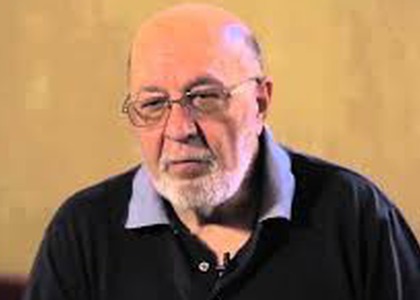 This anniversary concert will take place on 27th of November. What is the story behind this event?

After my 75th birthday, I asked the National University of Music to grant me permission to take part in this truly interesting Tuesday series, started by the university, entitled "We Call the Tune". They agreed, and let us borrow the hall, and this is how it all began.

How did you choose the pieces?

To be honest, my criteria for choosing the pieces were the interpreters. I mean, I could've had chamber ensembles at my disposal; anything bigger than orchestral ensembles was out of the question, therefore I chose choral music, as I could always rely on the Prelude Choir's artistic support - a choir that is conducted by Voicu Enăcheschu. I also reached out to the Radio Children's Choir, with which I had wonderful collaborations, and to the University Choir. In addition to this, there will also be instrumental or voice-instrument duets, instrumental soloists, that is to say -chamber ensembles, but those will be reduced to a minimum of interpreters.

Considering this concert an invitation to look at the past, how would you describe the course of your career?

As I was saying, it's really difficult to conclude it through this particular series of concerts, because is missing some important pieces; and I repeat, this is a concert without big chamber ensembles, let alone the orchestras. Nonetheless, the pieces chosen are indeed from different periods of my life. Actually, I wrote one of the choral pieces in the summer of my fourth year of University, when I was still a student at the music composition program. Now, the next two that I am about to mention will be performed for the first time. The first one is a composition, which I gave to Mister Răzvan Rădos for the Radio Children's Choir, and the other one, a piece for cello and violin titled "Mélopée for two", will be performed - a very important aspect, with the risk of repeating myself- for the first time. We can say that we have a complete route, so to speak: my compositions cover years of my life, those so-called historical periods, which are delimited now by my writings, namely, by the two aforementioned pieces that are like two milestones, but also two polar opposites.

Regarding Romania, what would you point out as the subtle differences between today's cultural context and the one in which you have started your career?

Everything is very different. Now you have absolute freedom of speech and self-expression, but unfortunately money is a great issue and having your compositions performed is a rarity because of financial problems. Back in the day, if your artistic vision corresponded with the Socialist ideology's aesthetics, your place as a musician would be fully secured; but of course, there were indeed some ideological compromises that one had to make, be them significant or not. That wasn't my case though, as I myself made use of what I had. Whenever I saw an opportunity, I would stealthily get my foot in the door - as we all did at that time - even for an emblematic song like "Cântarea României". But you still found a way to add subtle changes that would differ from the Communist ideology. Nowadays, possibilities are limited because everything costs money, which we rarely have enough of. I would like to take this opportunity to mention that all the interpreters accepted this collaboration out of pure friendship, and I would like to thank them for this from the bottom of my heart, especially since all of them are exceptional musicians.

Do you have any future projects in store?

What I can say for sure is that there is a project for which I have to finish a song cycle named "About Cats". As for the rest, I'm working on a piece for the symphonic orchestra. It's merely a draft at the moment and it will take a while until it is ready. Sometimes I get inspired, and if it is an idea I fancy, I get to work and start writing. Those bouts of inspiration are usually in connection to orders, commissioned pieces and so on, but those are actually the beautiful things about Romania I wish would happen more often, especially since there aren't nearly enough of them. More often than not, a project takes shape when an interpreter or a group of interpreters have a friendly proposal that leads to a fruitful collaboration.