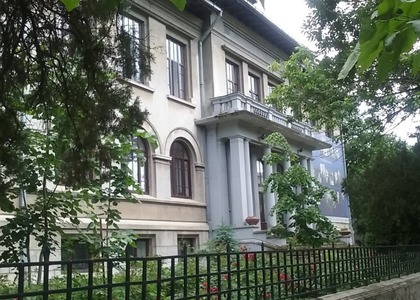 Thursday, November 22nd 2018, at the National University of Music in Bucharest the Hearing the Nations in Chopin conference took place, with the participation of musicologist Jim Samson. Emeritus professor at the Royal Holloway University in London, Jim Samson is the editor-in-chief of the Central, East and South-East section of the famous music dictionary Grove Music Online, and in 2013 he published the volume Music in the Balkans, an extensive study of the music and cultural traditions of South-Eastern Europe. We talked to him about his musicology projects, about how criticism is written, and about Chopin's music.

You often talked about music and politics, music and ideology, the social context. How important is it to rewrite certainparts of music history, emphasizing these aspects?

For me it is extremely important, because it is impossible to separate these things. It's wrong to believe that nations are exclusively political constructions. On the other hand, cultures are, in their turn, political. Nations are not exclusively political, and cultures can be political. They coexist in a very complex counterpoint, and music is part of this counterpoint. Nations can attribute cultures to themselves to serve their own interests, and we, as cultural historians, should be very careful if we want to understand history correctly. This is the only way in which we can stop the abuse of past and culture by those in positions of power. Of course, not everybody is the same, and I respect musicologists whose only focus is the musical essence. I did it myself, I focused only on the theory of music, on analysis, but as I delve deeper into the history of music, I become more and more interested in its political context.

There's a link between what we discussed and the subject you talked about at the Hearing the Nations in Chopin conference in Bucharest. Please tell us briefly which nations we can hear in Chopin's music.

What I was trying to demonstrate at the end of the conference is that music can be understood in many different ways in the social context. We associate it with a lot of things, so we hear it differently. I tried to demonstrate that Chopin was influenced in many different ways, depending on his geographical location. He was seen as a salon music composer in some places, as a romantic composers in others, as a Polish or even Slav composer, as a modernist figure in some circles and so on. I gave an example of the change in perception that happened in Germany. There, they considered him a salon music composer at the beginning, that's how he was presented by the critics, but later, at the end of the 19th century, a transformation took place and he was considered a classic composer. One of the reasons for this change was the emergence of the Breitkopf & Härtel editions at the end of the 19th century. These editions constituted the canon of German music. For some reason, Chopin was included in these editions. From then on people started taking Chopin's music very seriously. Important biographical writings and analytical studies were published, together with Heinrich Schenker's writings. He was one of the most influential music theoreticians of the 20th century, who used Chopin's music a lot in his analysis.

Another significant detail would be that the other non-German composers included in the Breitkopf & Härtel editions were considered to be the symbols of the music world. One of them is Palestrina, and the other is Scarlatti. Schenker explained this in very chauvinistic terms. He said somewhere, and I'm paraphrasing it right now, that Chopin was so good that, in fact, he was German. Therefore, he is not simply in the canon, but in the German canon, and he contributes to the German identity. It is unbelievable, but this is what he said.

For several years now you've been working, as an editor, on a new critical edition on Chopin's oeuvre.

The sources for Chopin's music are some of the most complex among all composers, with the exception of the Italian opera, where the process becomes more complex due to many other factors. If we were to discover the sources of Chopin's music, we would start with his rough drafts, which are not usually very important for such an edition, but they are useful in discovering the creative process. Then we would continue with scores that had been rejected by editors due to too many things being added or corrected. Then would we look at the first editions, which, in Chopin's case, are three editions published at the same time in France, Germany and England. Then we would examine the second and the third printings of the first edition. For example, Chopin could have made amendments with a pencil on a printed edition belonging to a student. Therefore, we need to collect a great amount of copies of his scores. For this purpose, we are doing an online Chopin edition, which would work as follows: let's say we have a copy of a Prelude on the screen, if we click on it, all versions of the text will appear on the screen. This way, instrumentalists can choose the version they prefer. Part of this resource is already available online; it's called Online Chopin Variorum Edition.