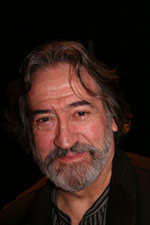 Wednesday, 3 February 2010 , ora 10.35
On February 3, 2010 was at the Cité de la Musique festival in Paris, for a special concert called Paris-Istanbul. It was part of the Orientalismes series and of the cultural events dedicated to Turkey (which take place between July 2009 – March 2010).

Each year, France offers one nation the occasion to 'express', to display its own values and The Year of Turkey brought on the French stages, events of an undoubted value.

The main performer of the evening was Jordi Savall (who played the bowed string viella, the harp, the rebab, and also ensured the musical coordination). Actually, of the total fifteen musicians on stage, Savall was not the only one to play various instruments that evening, as most of them played at least two instruments.

I would like to name a few artists who have put a spell on me through the, depth of their feelings and the faithfulness of their craft. I took notice of Hakan Gyungyor (who played the quanun – the Arabian cyther), Fahretin Yarkin (who delighted us with tones and colours which a mere tambourine did not seem capable of), and especially Gheorghi Minasian, who managed to captivate the audience with one single sound! We truly felt breathless when the great musician simply accompanied a younger fellow of his, with whom he performed a duet at the duduks (the duduk being a traditional Armenian and Turkish woodwind instrument).

I was also impressed by Dimitri Psonis’ solos (at the santur – the forerunner of the cymbal – and I must admit it was the first time I saw somebody play a santur with metal tubes; it makes the tunes more vivid, yet not strident, and maintains the same ‘sweetness’ of the sound)

Finally, I noticed – somehow amazed – how Pedro Esteban rather fondled the darbuka and other percussion instruments, the sound effect being an almost paradoxical one (perhaps due to the great acoustics of the hall): I had the feeling that one simple touch created a sound wave much more “bigger” than the physical process through which that sound was created...

I believe the audience felt the same disappointment as I did, namely because Kudsi Ergunner, the great and the legendary ney Sufi player (which is the Arabic forerunner of the flute) briefly performed and we would have liked to let ourselves carried away by his excellence ...

Finally, another element that surprised me, both in the schedule and on stage, was Jordi Savall, who wanted to mention: 'We used an extraordinary document for our performance tonight - The Book of Science of Music, by Dimitrie Cantemir, the Moldavian prince, as a fundamental source for the theory, forms and musical style in those times (it is a collection of 335 works, out of which nine belong to Cantemir and are transcribed in signs invented by himself).”
Andrei Kivu
Translated by Sînziana Mihalache, Andreea Velicu
MA students, MTTLC, University of Bucharest
Return to archived Chronicles