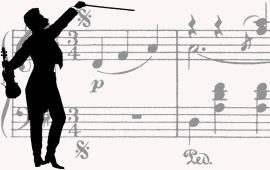 Monday, 23 August 2010 , ora 12.58
The ninth edition of the Johann Strauss International Festival is going to unfold in Bucharest between the 22nd and 29th of August, an event that features- within important cultural places such as the Romanian Athenaeum, the Cotroceni National Museum and the St. Joseph Roman Catholic Cathedral- recitals, concerts, auditions, recordings and conferences. Josefina Rodica – the Festival’s manager, told us about the invitations and the programme of this edition: