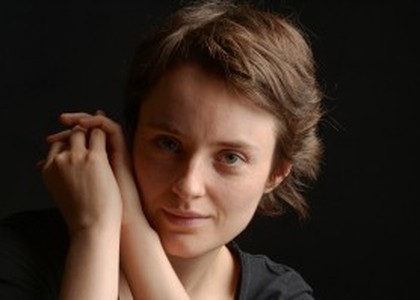 Wednesday, 21 January 2015 , ora 9.47
Soprano Irina Ungureanu - a singer interested in lieder, oratorio and early music, but her preoccupations also include the Romanian folklore and the improvisation, suggested us a "winter journey ". During the interpretation of the 24 vocal miniatures Franz Schubert composed in 1827, I perceived her as an intelligent performer, who knew how to create an emotional moment during the succession of the Tuesday Evening Season programme's recitals. Thus, the Little Hall of the Romanian Athenaeum became a genuine chamber music salon, where two sensitive musicians - soprano Irina Ungureanu and pianist Verona Maier - above all things, held a dialogue, succeeding in creating an authentic romantic evening of poetry and music, for 75 minute. We found out the story of this "winter journey" from soprano Irina Ungureanu …

This cycle has been following me for a long time, I got across it when I was seventeen; that was the first time I listened to it, and I was mesmerized by it and I knew that I would interpret it at some point. Two years ago, I said that was the time … it is a difficult cycle and its difficulty comes from this moving from one mood to another. Among this song cycle there are some very short lieder and during each we perceive a different world, your soul must jump with your voice from one lied to another, you have to be very flexible.

There have been about thirteen years since we reunited to listen to Dietrich Fischer Dieskau interpreting this lieder cycle and I believe, without saying too much at that time, the thought of interpreting the "Winterreise" at some point in our lives, started to germinate. I believe it is the time for Irina to interpret this cycle as it definitely is for me. It may sound curious, but I played this lieder cycle only once and I admit that I have always had in my mind the nostalgia of an ideal imagine, which, I believe, it is getting closer to settling into shape by Irina Ungureanu, firstly because she has a very special sensibility, she has an extraordinary courage and we think that the result is if not very beautiful … then a very emotional one.

The public's applauses rewarded the evolution of soprano Irina Ungureanu and pianist Verona Maier, who were two intelligent, sensitive interpreters, who gave themselves to the Franz Schubert's lieder on the evening of 20th January.